You are here: Home / Criminal Tax Law / Tax evasion due to the receipt of child support in Germany

Since 2018, more and more people in Germany have been investigated for tax evasion in connection with receiving child benefit abroad.

Many foreigners work in Germany for several years. If they have a child during this period, they are entitled to child benefit from the German state. If the stay in Germany ends, it happens again and again that the child benefit continues to be paid.

The recipient of child benefit must report a move abroad to the Family Fund (§ 68 Abs. 1 S. 1 of the German Income Tax Act). However, this does not always happen. Frequently, those affected assume that it is sufficient if the relocation or return of a foreigner to his or her home country has been reported to the “Einwohnermeldebehörde” (residents’ registration office).In the past, this repeatedly meant that the authorities responsible for paying child benefit did not realise for years that the recipients had long since ceased to live in Germany. However, if they later became aware of it, it was not uncommon for the amounts to be reclaimed – with interest! In addition, criminal proceedings were i initated against those affected on suspicion of tax evasion. Such proceedings often end with the cessation of criminal proceedings against the payment of an additional charge pursuant to § 153a of the German Code of Criminal Procedure (StPO).

Even if the internal transfer of data by the authorities takes place, this does not release the recipient of child support from the obligation to notify the family funds of the move independently. If this notification is omitted, the offence of tax evasion may already have been committed. Unlike in the past, the family funds now receive information about such cases at all and much earlier. This also increases the probability of the discovery of a tax offence and the risk of the initiation of criminal tax proceedings. 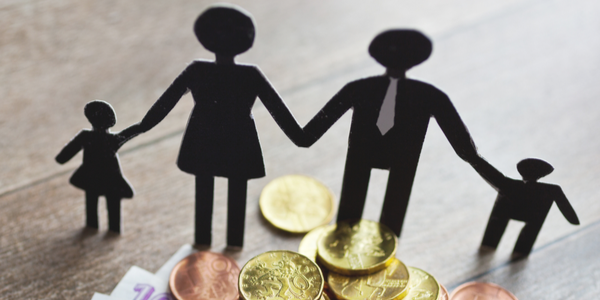 Tax evasion with goods from China