Statute of limitations in criminal law and tax law

You are here: Home / Statute of limitations in criminal law and tax law

Statute of limitations in criminal law and tax law

Under German law, criminal and fiscal statutes of limitations do not run in parallel. In the past, this led to confusion as to the extent to which a voluntary disclosure should be made. This has changed since the new version of the right of voluntary disclosure (§ 371 AO) in 2015. A period of at least 10 years must now always be recorded for its effectiveness. Errors in the calculation of the criminal or tax statute of limitations can, however, continue to have serious consequences. 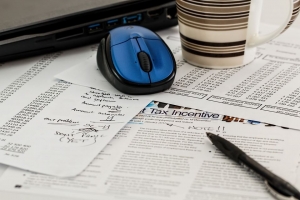 1. Statute of limitations for tax purposes

The statute of limitations for tax purposes is based on §§ 169 to 171 AO. It amounts in principle to four years. In the event of intentional tax evasion, the period of limitation in accordance with § 169 II S. 2 AO is ten years. The start of the period is governed by § 170 I AO, i.e. the period generally begins at the end of the calendar year in which the taxes arose. Deviating from § 170 I AO determines however § 170 II AO that, if a tax return is to be submitted (which e.g. with capital incomes as a rule in accordance with § 149 AO i.V.m. 25 III EStG and § 56 EStDV the case), the period beginning shifts. The 10-year fiscal period begins thus usually only with expiration of the calendar year to run, in which the tax declaration is actually submitted.

In the practice of the tax penalty defender these periods are often postponed still to the rear, since for example either the tax returns were submitted only in the following years or no declarations took place at all.

2. Statute of limitations under criminal law

Also in the cases of criminal statute of limitations of ten years tax and criminal law periods do not run parallel, since the beginning of the period is determined differently. The criminal statute of limitations period begins to run with income tax evasion with publication of the tax assessment notice, since at this time the tax evasion success occurred, i.e. the act is terminated in the sense § 78a StGB. The 3-day fiction of § 122 II AO does not apply to the calculation of the criminal law periods, since it would be at the expense of the accused.

The 10-year criminal statute of limitations in the cases of § 376 AO did not come into force until 25.12.2008. According to the transitional provision of § 23 to Art. 97 EGAO, § 376 AO does not intervene in the new version if the criminal law periods under the old legal situation had not expired on 25.12.2008 (= day of entry into force of § 376 AO). At least for the years up to 2002 it applies that these were already statute-barred due to the 5-year statute of limitations at that time according to old right before 25.12.2008 (= effective date for transitional arrangement). These years do not revive due to the transitional regulation of § 23 in Art. 97 EGAO. They are finally statute-barred. However, there is no protection of legitimate expectations to the effect that a perpetrator can rely on the fact that an act that has not yet become statute-barred will expire after a certain period of time. In other words, from 2003 at the latest, an extension of the criminal statute of limitations cannot be ruled out due to the new version of the law.

In the course of the amendment to the right to a voluntary report exempting from punishment as of 1st January 2015, § 371 S. 2 AO now expressly stipulates that the voluntary report must cover all tax offences of a type of tax within the last ten calendar years.

3. The “no man’s land” between criminal and fiscal statute of limitations

In practice, the question repeatedly arises as to the extent to which obligations to cooperate exist for those years which have already become statute-barred under criminal law, but for which it is still possible to determine tax law. Although this may no longer be so often relevant for future self-reports after 2015, it may be relevant for criminal tax proceedings initiated, for example, after a tax audit or an anonymous third-party report.

Some tax offices tend to request various documents and information relating to previous years for the period of the “no man’s land” between criminal and fiscal statute of limitations. It is questionable whether there are at all legal bases for such information requests (e.g. according to § 93 AO) for this period. It is often worth taking a closer look. In the decision of the Federal Fiscal Court of 07.11.2006 (VIII R 81/04, confirmed on 02.04.2009, VIII B 176/08) it was made clear that the tax office bears the burden of proof that tax evasion had occurred in previous years, i.e. that no limitation period for the determination of tax liability has occurred according to § 169 II S.2 AO. The principle “in dubio per reo” applies.

It is also not possible to construe a correction obligation via the detour of § 153 AO, because then the criminal statute of limitations would be invalidated. In addition, § 153 AO does not apply in principle to intentional evasion (according to the Federal Supreme Court of 17.4.2009, 1 StR 479/08, however, something different should apply in the case of contingent intention – so-called “dolus eventualis”). Even if the proof of tax evasion is successful, the consequences of a violation of information and disclosure obligations within the meaning of §§ 90, 93 AO are generally only estimates (§ 162 AO).

When it comes to a dispute about criminal or fiscal statute of limitations, it is often worthwhile to work particularly carefully and look twice. This is especially true in the “no man’s land”, i.e. the period of time which has become statute-barred under criminal law, but which could still be determined under tax law.