On 19 July 2019, the Cologne Fiscal Court ruled that the multiple refund of capital gains tax withheld and paid only once is not permitted. The case is not yet final. The court has admitted an appeal to the Federal Fiscal Court. Nevertheless, the ruling now is a signpost for further Cum-ex proceedings. 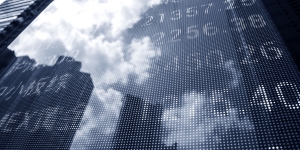 The case, which has now been decided by the Cologne Finance Court on file number 2 K 2672/17, can be regarded as a test case for a large number of similar disputes currently pending before the Federal Central Tax Office (Bundeszentralamt für Steuern). These were based on share transactions that had been carried out off-exchange as part of a so-called short sale. The share transactions were concluded before the dividend record date with a claim to the expected dividend (“cum dividend”) and, as agreed, were tendered after the dividend record date with shares without a dividend claim (“ex-dividend”). A decision had to be made as to whether the share purchaser (empty purchaser) was entitled to a refund of capital gains tax.

This was denied by the 2nd Senate of the Cologne Finance Court. In the event of an off-exchange short sale, the purchaser of the shares would not become the beneficial owner of the shares to be delivered to him at a later date by concluding the purchase agreement. He was therefore not entitled to offset the capital gains tax withheld and paid in respect of the dividend.

The transactions that became known under the catchword Cum-Ex are today regarded by many people as a form abuse. In this context, many criminal proceedings are also pending on suspicion of criminal tax evasion.

According to press reports, German public prosecutors are also supposed to investigate the trustee of KK Law, a US lawyer, in the environment of Cum-Ex transactions.

The written grounds for the judgement with the file number 2 K 2672/17 are not yet known. They will probably soon be published on the homepage of the Cologne Fiscal Court at www.fg-koeln.nrw.de.

In view of the fact that the German state has known about the structures for years and has done nothing against them, it is questionable whether the criminal charge of deliberate tax evasion can really be raised. A decision of the Federal Court of Justice (Bundesgerichtshof), as the supreme German criminal court, on this matter is still awaited.

Tax evasion by online merchants on Ebay
Scroll to top