You are here: Home / Criminal Law / Withdrawal of driving licence only from damage of 2.500,00 Euro

The district court Nuremberg-Fürth has decided that the withdrawal of the driving licence is only possible if a damage of more than 2.500,00 Euro is caused. 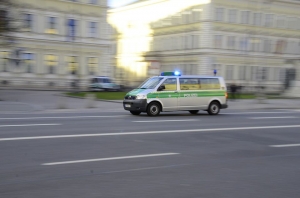 In the case of traffic offences in particular, there are two possibilities under German law to react to infringements: Driving ban and driving disqualification. In the case of a driving ban, the driving licence is given into official custody, the driving ban is one to six months. In the case of more serious traffic offences, on the other hand, the driving licence is completely withdrawn and a blocking period is imposed, which must at least elapse before the right to drive a motor vehicle in road traffic can be applied for again. The blocking period is at least six months.

This makes it clear that driving disqualifications can only be considered for serious road traffic offences. If, for example, someone is caught with a blood alcohol concentration of more than 1.1 per mille, he has proved to be unsuitable for driving a vehicle on the road. The driver’s license is then revoked and he must apply for his driver’s license again after the deadline has expired.

This is what is important in the case of unauthorised removal from the scene of the accident (hit and run).  If the perpetrator has seriously injured or even killed a person, the driving licence is revoked. If he has caused only material damage, it depends on the amount of the damage.

Decision of the Nuremberg-Fürth Regional Court

As a limit for significant damage required to withdraw a driving licence, judgments often cite values of 1,300.00 euros, 1,500.00 euros or 1,800.00 euros. The Regional Court Nuremberg-Fürth has now decided that a significant damage is only present from an amount of 2,500.00 Euro. The court has significantly raised the previous value limits. It compares the economic damage with the killing or not insignificant injury of a human beingIt should be noted that the cost of repairing vehicles has risen significantly in recent years. The general price development was therefore taken into account.

It should be borne in mind that value-added tax is not taken into account when calculating the damage and that it is only the damage caused by a third party that matters, the damage to one’s own vehicle is irrelevant.

The decision of the Regional Court Nuremberg-Fürth is to be welcomed. If the value limits of the case law were not adjusted to the general price structure, there is a danger that the same acts will be more severely sanctioned simply because they were committed at a later date. Jurisprudence is merely adapted to the existing economic circumstances.