According to recent reports in the Handelsblatt, in January 2019 the public prosecutor’s office brought charges against 19 people accused of evading taxes. This is only the tip of the iceberg. In total, investigations are still pending against 100 further accused persons. Many of them are lawyers and tax consultants themselves. 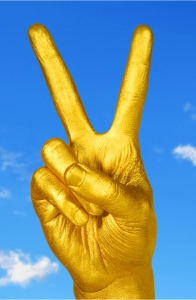 The background to the proceedings is a tax structure which a Munich tax consultancy has allegedly recommended to many of its wealthy clients. According to press releases, between 2009 and 2016 more than one billion euros in taxes were smuggled past the German tax authorities.

The model’s name is based on the James Bond film of the same name. The participants bought a large amount of gold and sold it again. Similarly as in the Cum-Ex procedures, which are criminal to a large extent up to today still not worked up, finance courts considered the model first as fiscally permissible (see BFH of 19.01.2017, Az. IV R 10/14 for inland related cases as well as Az. IV R 50/14 for international cases). In the opinion of the public prosecutor’s office, intentional tax evasion is achieved by systematically pushing assets back and forth on a large scale with the sole aim of avoiding or refunding taxes. According to this view, the operative business has only taken place to appearances.

In practice, there were several models, some of which were operated only in Germany and some of which were cross-border in nature. A private company was founded at home or abroad. This became active as a commercial company and bought and sold gold. The acquisition costs for the gold were recognised as immediately deductible operating expenses. This resulted in high losses and negative progression income abroad.

In the opinion of many criminal defence lawyers specialising in German criminal tax law, there is no case of criminal intentional tax evasion in domestic cases. There is not even a case of so-called misuse of the tax system. This is because the taxpayer is in principle free to choose those legal forms under company law which have the most favourable tax consequences for him.

In cases where a company was established abroad, its losses and profits from commercial activities were attributable to the state in which the company has its registered office (place of business) on the basis of the relevant double taxation agreements. Pursuant to § 32b EStG, however, commercial profits or losses from abroad may be taken into account when calculating the tax rate in Germany. This so-called progression proviso therefore favours wealthy Germans who have an interest in reducing their income tax payable in Germany.

4. Reactions of the German Law

It is disputed whether the systematic exploitation of the tax loopholes that have existed for years has resulted in unlawful conduct that constitutes tax evasion. In any case, this would be the case if the companies through which the gold was bought and sold were mere dummy companies. The defence will have to concentrate on finding evidence that this was not the case.

Attorney at law on suspicion of tax evasion in court