You are here: Home / Criminal Indictment

What does a criminal indictment mean?

An indictment is a letter from the public prosecutor’s office to the court requesting a public main hearing.

The imposition of an indictment also means for the accused that the public prosecutor’s office has decided against the various possibilities of discontinuing criminal proceedings, for example against the payment of a fine or against the issuing of a penalty order.

For the accused, the presence of an accusation usually means that the hope that the trial will end on its own has not been fulfilled.

The defender is particularly challenged from the moment a charge is brought. It is now “about the whole”. The primary contact on the other side is now the judge and no longer the prosecutor. 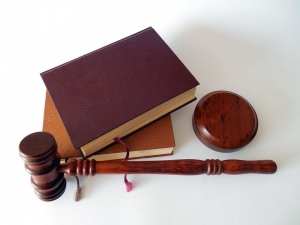 1. Functions of the indictment

An indictment has a so-called delimitation and information function.

The information function means that it informs the accused (who up to this point is called the “defendant”, cf. § 157 criminal procedure code) about the allegations made against him and specifies which facts are the subject of the proceedings.

The delimitation function determines the historical facts that have to be decided. A court decision on a matter which has not been precisely described in the prosecution is inadmissible. The delimitation function of the prosecution determines the so-called “procedural act” – and thus also whether, for example, a further accusation is possible later because of the same event or which acts are subject to the statute of limitations. Because of the far-reaching consequences of the delimiting function of an indictment, there are repeated disputes here – which on the other hand opens up defence potential for the criminal law attorney.

The charge must be admitted by the competent court and may only be supplemented after the opening of the main hearing under strict conditions (so-called additional indictment, cf. § 266 criminal procedure code). The indictment is addressed to the competent court, which forwards it to the accused and opens a deadline for him to comment.

Despite regional differences in the concrete wording, an indictment always contains the following information (cf. § 200 StPO):

Main result of the investigation

In larger proceedings, the background and the course of the investigation procedure are essentially the result of the investigations. In some cases, the public prosecutor is already commenting on individual legal issues, for example the statute of limitations.

The procedural effects of an indictment are manifold. In addition to changing the jurisdiction of the public prosecutor’s office (which is assigned to the executive) to the court (judiciary), it has, for example, effects for the statute of limitations and the right of a defendant to inspect files.

The defendant’s lawyer can no longer be denied full access to the court files at the latest when a charge has been brought.