You are here: Home / What does intent mean in criminal law?

Everyday language and legal language have little in common when it comes to the term “intent”.

According to its wording, the German Penal Code knows only intentional and negligent actions. In § 15 StGB it says:

There is no mention of conditional intent. Nevertheless, German criminal law essentially knows three different types of intent: the direct intent of the first and second degree and the conditional intent. The direct intent can be understood in a keyword-like manner as a sure knowledge of the crime. Conditional intent is the term used when a perpetrator does not wish for a certain result of an offence to be achieved and does not foresee it with certainty, but “accepts” it as a possible consequence of his conduct. 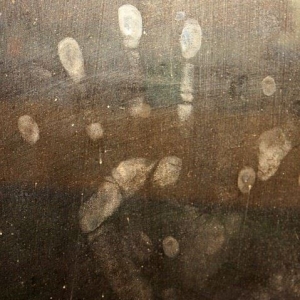 While the details of the conditional intent are still disputed in legal doctrine, the lowest common denominator is that the perpetrator recognizes the successful occurrence as possible, as not entirely remote. This is how the Federal Supreme Court sees it at present. In other words, the perpetrator does not have to depend on the fact that the desired success of the offence occurs; it is already sufficient for him to recognize that this could happen and still continue to act.

Conditional intent fills a gap in some respects between direct intention and negligence. In addition, this type of intent usually also facilitates a conviction. In order to make oneself liable to prosecution for an intentional act, the conditional intent is usually sufficient. This does not apply if the law requires otherwise. This is the case, for example, in the case of theft: the offender must act with the intention of appropriating another person’s property. Accepting the appropriation of a foreign object, which is already conceptually difficult to imagine, is not enough to be guilty of theft. It must be proved to the thief that the removal took place with the intention of keeping the object to himself.

In practice, problems of contingent intent arise particularly frequently in criminal tax proceedings. Anyone who, for example, makes an inadmissible tax arrangement and does not think about whether tax is due or not can still make himself liable to prosecution for intentional tax evasion.

In most cases, those affected would not even dream of calling themselves “intentional tax evaders”.

2. Intent in the head of the judge?

In view of the difficulties in proving intent, it is often a coincidence whether or not a judge starts with intent in the case of a defendant. Malicious tongues claim that intent does not take place in the head of the defendant, but in the head of the judge.

In any case, it is true that a defense strategy based solely on saying “I didn’t know it” or “I didn’t expect it” is usually weak. The chances for a successful defense are greater if it can be worked out that the objective facts of a crime are not fulfilled or at least not verifiable.