The boss of the former issuing house Wölbern Invest is to have misappropriated 147 millions euro investor money with the help of the general representative Thomas K. and two former advisors. The former general plenipotentiary was therefore sentenced because of aiding and abetting breach of trust to a prison sentence of one year and ten months. 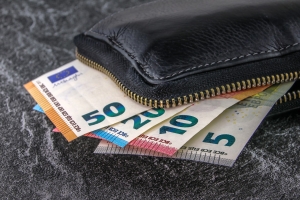 1. Accusation of aiding and abetting breach of trust

The former Wölbern Invest boss Schulte is said to have skimmed off 147 million euros from various closed-end real estate funds with the help of the defendant and two legal advisors, thus driving the issuing house into insolvency. The boss of the former fund house was condemned therefore already 2015 to a imprisonment of eight and a half years. In the last two years then also the accused general plenipotentiary as well as the two earlier lawyers of the Wölbern boss had to place themselves to a criminal procedure. They were accused of aiding and abetting embezzlement.

2. Conviction after an agreement

In the course of the proceedings, the public prosecutor’s office intended to discontinue the proceedings against the former general representative against an imposition of 90,000.00 euros. In the opinion of the Public Prosecutor’s Office, this would have been appropriate due to the scope of the contribution, the duration of the criminal proceedings and the professional and personal situation of the accused. However, the court did not agree to such a discontinuation of proceedings.

Within the framework of an agreement terminating the proceedings, the court held out the prospect of a probationary sentence of between one year six months and one year ten months. In return, the court expected the defendant to make a full confession. The defendant finally made a confession to the effect that he knew of the lack of liquidity and the hopeless situation of the investment house, but had closed his eyes to it. In addition, he had had his further activities secured by the legal advisors.

The regional court Hamburg did not believe the accused completely. Rather, the court assumes that the former general representative was fully aware of the unlawful acts of the Wölbern boss and was also aware that he himself did not act legally. It was considered mitigating the punishment that the accused did not enrich himself with the misappropriated investor money.

3. Extrajudicial consequences of the judgement

As in many other proceedings, the extrajudicial consequences are often harsher than the conviction itself. In addition to being sentenced to a suspended sentence, the former Chief Representative is threatened with losing his licence as an insurance broker. In addition any claims for damages of the investors stand opposite him in the area.