Side effects of a criminal conviction

You are here: Home / Side effects of a criminal conviction

Overview: Side effects of a criminal conviction

In most cases, once a criminal case has been brought before the court, it does not end with an acquittal but with a conviction. The court then sentences the defendant to a fine or imprisonment, possibly suspending the sentence on probation. However, a conviction can have many other, possibly even far more painful consequences. 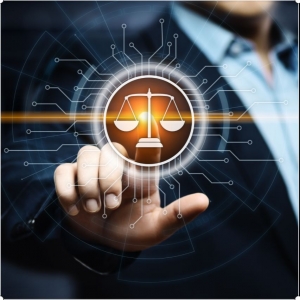 In a nation of car drivers, the driving ban according to § 44 StGB is a severe sanction. As an additional penalty, a driving ban may only be imposed in addition to one of the two main penalties, a fine or imprisonment, but not separately. A driving ban can be imposed for up to six months. Since § 44 StGB presupposes a genuine criminal offence and no mere administrative offence, § 25 of German Road Transport Law (StVG) provides a corresponding regulation for traffic offences.

In contrast to the earlier version of the law, there is no longer any need for a so-called ” occasional act ” since the new version of the law in August 2017. This means that a driving ban can be imposed as a secondary consequence of any penalty, irrespective of whether it is a traffic offence or something completely different. This means that a driving ban can also be considered, for example, in the case of a conviction for delay in insolvency or tax evasion.

A precondition for driving disqualification is that the offender is unfit to drive a motor vehicle. His physical, mental or character defects must make his participation in road traffic a danger to others. If these conditions are met, the driving licence is withdrawn; the court has no discretionary power. Jurisprudence assumes that a judge can determine for himself whether a driver is suitable; an expert is therefore generally not called in.

Although § 69 StGB is systematically only a so-called measure, i.e. no punishment in the actual sense, the withdrawal of the driving licence for someone who is dependent on his driving licence is very drastic.

The idea behind the concept of confiscation of property (§§ 73 et seq. StGB) is as follows: The offender should not be allowed to retain what he has acquired through the act. This does not only cover a pecuniary advantage, such as the money obtained through fraud, but any “something” obtained. Quite often it will be a matter of criminal charges such as bribes or the profit from a fraud, but also other economic values are “something obtained” in this sense.

It may also be the case that the victim is also entitled to damages or damages as compensation for pain and suffering in criminal proceedings.

Frequently, civil claims are asserted by the entitled party only after a conviction has already been handed down. In practice, an unpleasant surprise in personal injury proceedings is often the recourse claims of health insurance companies. These are, for example, hospital costs or loss of earnings, provided that the insurance companies had initially paid for them.

In economic criminal law, the civil consequences of a conviction can destroy a person’s existence. Thus for instance a condemned investment cheat or the managing director of an insolvent GmbH are personally responsible. A rash “deal” with the court is forbidden in such constellations, in which the secondary consequences can be far more serious than the punishment itself.

Even during ongoing criminal proceedings, it sometimes makes sense to take the initiative to pay damages or damages for pain and suffering to the victim through defence. This can have a positive effect on the sentencing, for example in the context of a perpetrator-victim compensation.

However, the victim is by no means obliged to file an application for liability in criminal proceedings. The victim may also decide to assert his or her claims in full before the civil court. The decision of one court then has no binding effect on the decision of the other court.

Finally, the consequences under register law of a conviction should not be underestimated, i.e. an entry in the Federal, Trade or Traffic Central Register.

These entries may well become “expensive” in later criminal proceedings because the Federal Central Register in particular provides information on the fundamental conformity of the accused with the law. The quality and quantity of the entries regularly influence the court’s decisions on the level of penalties. However, register entries can also influence future official decisions, for example if certain activities are subject to approval. For example, anyone applying for a firearms licence (§ 4 WaffG) must prove special criteria, including special reliability (§ 5 WaffG); anyone who has already been convicted under criminal law does not possess this reliability. The content of the Federal Central Register is also important for decisions on naturalisation.

According to § 6 GmbHG, someone who has been convicted of a bankruptcy offence (§§ 283 ff. StGB) or of an insolvency delay (§ 15a InsO) can no longer be the managing director of a GmbH – regardless of the amount of the penalty! With a conviction because of fraud (§ 263 StGB) or embezzlement and abuse of trust (§ 266 StGB) this consequence occurs only starting from a prison sentence of at least one year (i.e. a punishment of exactly one year is already too much!).

Note: A detailed script on insolvency criminal law can be found here. There also further details of the register block according to § 6 GmbHG are explained.

If the convicted person is in possession of a special permit, for example a “hunting licence” or a “weapon licence”, this can be revoked.

Sport shooters and hunters, for example, must expect that their “licences” will be revoked if they are sentenced to a fine of 60 daily rates – weapons subject to authorisation must then be surrendered within a period of time and can even be seized at the end of this period.

Even pilots or airport employees can be severely punished according to their profession.

A person wishing to pursue certain commercial activities must also be able to demonstrate particular reliability (§§ 29 et seq. GewO); if this is lacking, the exercise of the trade can be prohibited (§ 35 GewO). The authority deciding on the trade ban is in part bound by the criminal court decision. It cannot, for example, deviate from the judgment at the expense of the party concerned with regard to findings concerning the facts of the case and the guilt; the authority must also accept a prognosis of the criminal court regarding reliability under trade law against itself.

The consequences for (active) civil servants and soldiers can be particularly drastic. If they are sentenced to imprisonment for at least one year or to imprisonment for at least six months for special service-related or state-threatening offences, the civil servant relationship automatically ends when the sentence becomes final, § 41 of the Federal Civil Servants Act (Bundesbeamtengesetz – BBG) – this also terminates salary and pension claims. To the extent that this special additional penalty is permissible, § 45 StGB may also have such an effect.

Of course, a professional ban can also affect other professional groups. In the event of serious violations, lawyers may be disqualified from the profession and special courts may impose further sanctions. Pharmacists and physicians may be disqualified from their licence to practise medicine; the management of a GmbH or membership of the board of a stock corporation may also be prohibited. The consequences under professional law often contained in special laws supplement the fundamental regulation of § 70 StGB on the prohibition of professions in this respect. The imposition of such a professional prohibition takes place, apart from the special rules for civil servants and notaries, completely independently of other relevant orders of the administrative authorities. For doctors, lawyers and tax consultants there are special courts for the implementation of professional law proceedings, provided that a so-called “professional law overhang” is affirmed.

By the way, some administrative authorities may also take a suspension of proceedings subject to conditions, § 153a Abs. 2 StPO, as an opportunity to order the measures described above. The consent of the convicted person to comply with the condition is, in fact, occasionally interpreted, albeit wrongly, as an admission of guilt. It is usually worth defending oneself against such insinuations.

Once the conviction has finally become final and has possibly also been entered in a register, this may also have to be taken into account during the next job interview. Questions about previous convictions, in particular of a relevant nature – acts of violence committed by the security service, property offences committed by cashiers – are admissible and must be answered truthfully. Those who answer these questions incorrectly must expect that the employment relationship will be contested and terminated quickly. As a rule of thumb, all sentences to more than ninety daily rates and prison sentences of more than three months represent a previous conviction within the meaning of the Federal Central Register.

Anyone who is detained on remand during an existing employment relationship must also be prepared for dismissal. It is true that there is no obligation to inform the employer of possible criminal offences. With the beginning of the imprisonment, however, the employee is prevented from providing the service owed under the employment contract – after all, he can no longer come to work. This breach of duty may constitute grounds for dismissal. However, special requirements must be placed on the reason for termination. If the criminal offence is not connected with the employment relationship and therefore no dismissal due to conduct must be expected, an attempt should be made, if necessary, to find a viable solution via the defence counsel or relatives.

Finally, any consequences under foreigners’ law must also be taken into account, which can be particularly drastic and often far more serious than sentencing to imprisonment. Convictions to more serious offences can lead to deportation, especially in the case of drug offences.

According to § 456a StPO (German Code of Criminal Procedure), the enforcement authorities can waive the enforcement of a custodial sentence in the case of foreigners (usually after serving part of the sentence) and instead deport the convicted person. One cannot defend oneself against this measure, one also has no claim to it.