With the help of an illegal tax trick, high tax advantages are to be obtained in so-called turnover tax carousels. Currently, there are more and more cases of tax fraud in trade with metals, especially copper. 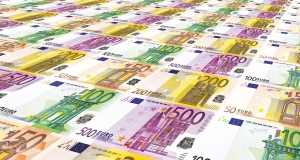 Roughly simplified, a turnover tax carousel, in which the state reimburses a tax that has not been paid at all, works like this: There is no VAT on cross-border trade between two companies within the European Union. In order to obtain an unjustified tax advantage, several companies must work together. A trader from another EU country sells goods to a domestic trader, without having to charge VAT. In most cases, the domestic trader at this stage is a letterbox company. This letter-box company sells the goods to another domestic dealer, the so called buffer. Actually, the letter-box company should now pay the sales tax paid by the buffer to the tax office. But the letter-box company does not pay the taxes. From the outset it is intended to make the letterbox company disappear after a certain time. The buffer sells the goods to another domestic dealer, who finally exports the goods abroad again. Once again, there is no sales tax on exports. However, the exporter can claim the sales tax paid to the buffer as input tax.

The more companies involved, the more difficult it is for the tax authorities to see through the carousel. At the buffer level, there are very often very many intermediaries.

Since the individual trading steps only serve to disguise the actual payment transactions, carousel transactions often take place with small but very valuable goods. For example, there have been large VAT carousels for trading mobile phones or computer chips. The tax loss is substantial, to Cum-Ex transactions.

Recently, however, there have been an increasing number of cases of VAT evasion in the metal trade. The Frankfurt Public Prosecutor’s Office, for example, has brought an action against an entrepreneur before the Darmstadt Regional Court. The company is said to have participated in the tax fraud as a buffer, i.e. as one of the middle links in the fraud chain. In this case, copper cathodes were traded.

A case is currently pending at the Münster Regional Court in which a trader, again as a buffer, traded silver granulate. It is noteworthy that the accused silver trader has already been convicted of a carousel transaction. Years ago, he was involved in a VAT fraud in the copper trade. An agreement between the accused and the court or public prosecutor’s office has so far failed.

It remains to be seen whether carousel business with precious metals such as silver or copper will increase in the future.

Negligent homicide by selling guns in Darknet
Scroll to top