On 03.03.2009 the Cologne City Archive collapsed as part of construction work for a subway stop. Two young people died in this accident on 03.03.2009. The property damage caused by the accident is worth billions. After a construction supervisor of the Kölner Verkehrsbetriebe had already been sentenced for negligent killing in a first trial, a senior site manager has now been sentenced to a suspended sentence for negligent killing. 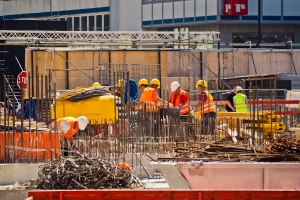 In a first trial, a construction supervisor of the Cologne public transport authority was sentenced to eight months imprisonment on probation for negligent manslaughter. In the same proceedings, three other defendants (another KVB employee and two employees of the construction companies involved) were acquitted. In the second trial for this misfortune, the former senior site manager was sentenced to a suspended sentence of one year. He is alleged to have violated his supervisory duties during the construction of the underground station.

Cause of the accident – accusation of breach of duty of care

According to the judges in the two proceedings, the cause of the accident is certain. The collapse is said to have been caused by errors during the construction of the underground station. Already in the year 2005 a rock block was not removed during the excavation of a pit. This obstacle was also not reported. This caused a leak in an underground concrete wall. Through this place the large quantities of water and gravel should have broken then into the excavation pit. The historical city archive collapsed.

The senior site manager, who has now been sentenced, was not permanently assigned to the construction site. He was only active as a holiday replacement. However, he had signed a protocol at that time, which had pointed out discrepancies in the excavation of the excavation pit. Despite these discrepancies, the site manager had not carried out a careful inspection. This represents a violation of his duties of care, which is why he has now been sentenced for negligent manslaughter.

The decision was made shortly before the absolute limitation period. On 03.03.2019, the absolute statute of limitations would have occurred after ten years. A further punishment of the responsible persons would then no longer have been possible.

Donations for children with cancer embezzled – defendants convicted to...
Scroll to top