Two defendants – a former married couple – were sentenced to suspended prison terms by the Augsburg District Court for embezzlement of donations amounting to approximately 130,000.00 euros. The accused are said to have used the donations for their own luxury lives. 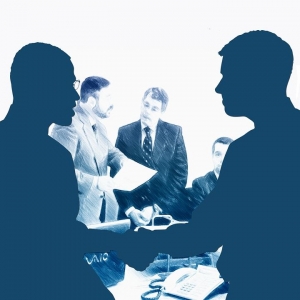 1. Accusation of embezzlement and donation fraud

The public prosecutor’s office originally accused the two defendants of both embezzlement and donation fraud. On the one hand, they are said to have put donations into their own pockets and not to have used them to support children suffering from cancer as intended by the donors. With the money kept for themselves, the two accused are said to have financed their private luxury life. For example, an electric bicycle was purchased.

On the other hand, the two are said to have deceived the donors right from the start about what the money is used for.

There were longer negotiations between the public prosecutor’s office, the court and the defenders in the sense of a “deal”. The background for these talks was in particular the fact that the accused donation fraud was difficult to prove.

As a result of the discussions between the parties to the proceedings, the two defendants finally made a confession regarding the allegation of embezzlement.

Based on the confession, the two defendants were ultimately sentenced to 20 and 22 months imprisonment. The sentences were suspended. The trial was terminated with regard to the accusation of donation fraud. In addition, both defendants must each pay 40,000.00 euros for various child cancer organizations. As part of the damage reparations, the investigating authorities had already confiscated about 70,000.00 euros in advance. In addition, the house of the accused was forced to be auctioned off. The proceeds from the auction were also used to make amends for damages.