Revision rejected – “Reichsbürger of Georgensgmünd” remains in prison for life

Revision rejected – “Reichsbürger  of Georgensgmünd” remains in prison for life

The “Reichsbürger (Reich citizen) of Georgensgmünd” had been convicted of murder by the Nuremberg Regional Court. The Federal Supreme Court confirmed the conviction for murder. When his apartment was to be searched by police officers, he shot at the policemen through the door. A police officer died of his life-threatening injuries. 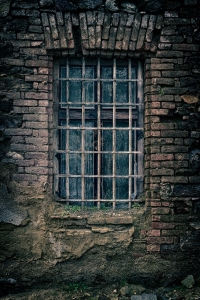 The convicted Wolfgang P. is considered a citizen of the Reich. They do not recognise the Federal Republic of Germany. The police officers are not considered civil servants either.

In October 2016, when the condemned man’s apartment was to be searched for weapons, the condemned Reich citizen shot the police officers through the door of his apartment. A young policeman was fatally injured and died shortly afterwards. Two other police officers were also injured. The convicted citizen of the Reich is said to have shot 11 times through his apartment door. The court assumed that he knew that police officers were trying to open his door at that moment. In its verdict, the Nuremberg Regional Court assumed that the Reich citizen was thereby trying to defend the autonomous state on his property that he had proclaimed himself. He is said to have assumed that the police officers had entered his “state territory” without justification and therefore felt entitled to attack them.

2. Decision of the Federal Court of Justice – No treachery

In its decision of 23.01.2019, Ref. 1 StR 209/18, the Federal Supreme Court rejected the appeal as unfounded. The Federal High Court expressed doubts about the murder characteristic of the treachery. For this the killed policeman must have been unsuspecting. This had not been ascertainable with certainty. At the verdict these doubts change however nothing. Without doubt there is a murder for low motives.

The judgement is not yet final. The public prosecutor’s office has also lodged an appeal. The particular gravity of the guilt is to be determined. No decision has yet been made in this regard.