You are here: Home / Criminal Law / Can German ISIS fighters be deprived of their citizenship?

The American President, Donald Trump, has in recent weeks called on Europeans to bring back to their country European citizens captured as ISIS fighters in Syria. Some Europeans, most of them French or English, had joined the struggle of the Islamist state in recent years to establish a God State in the Middle East. Some Germans have also responded to the call to go to “holy war”. 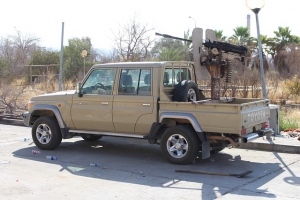 1. Europeans fighting for the ISIS

Currently, many ISIS fighters are in custody. They burden the refugee camps, which are already difficult to care for. France has already signalled that it is prepared to let its own citizens return to their country to trial them there. The French want to keep control in this way. Denmark, on the other hand, has spoken out clearly against the withdrawal of its own compatriots who have joined the ISIS. They had “forfeited” their Danish citizenship.

2. Membership of a Terrorist Organisation

In Germany, neither the legal nor the political situation has been finally clarified. The German Federal Prosecutor’s Office is already working on the identification of the persons in order to be able to bring them to trial as quickly as possible should they actually return to Germany. There is concern that until a possible return there is not enough evidence available to take the persons concerned immediately into custody. In addition, there is concern that the fighters concerned can only be proven to be members of a terrorist organisation. The consequence would be that even in the event of a conviction, they could be released from prison after a few years. According to German law, long-term imprisonment or detention would only be possible if the concrete participation in the crimes of the IS, in particular murder, torture or rape, could be proven to one individual. This is likely to be difficult in most cases.

3. Protection by the German Constitution

Against this background, the legal question has currently arisen in Germany as to whether the ISIS fighters are still “Germans” in the sense of the German Constitution. The background is that the German constitution only permits the deprivation of citizenship under very special conditions. This was a consequence of the abuse by the National Socialists. Extradition and withdrawal of German citizenship is only permissible if the affected (former) German himself is responsible for it. This is especially affirmed in cases where a citizen joins the army of another state.

However, the question as to whether the so-called “Islamic State” is actually a state is still completely unclear. If one were to affirm this, the deprivation of citizenship would be possible. A return of the persons concerned to the area of application of the German Basic Law would then in any case no longer be legally mandatory. It is at present still completely open how the German courts will decide, if it comes once to a court proceeding.

Wirecard: Blackmail with the Threat of a Negative Reportage
Scroll to top