Wirecard: Blackmail with the Threat of a Negative Reportage

You are here: Home / Commercial Criminal Law / Wirecard: Blackmail with the Threat of a Negative Reportage

Blackmail with the Threat of a Negative Reportage

The public prosecutor’s office Munich I has expanded its investigations in the sphere of the payment service provider Wirecard. The company has received indications of a new short sale-attack. 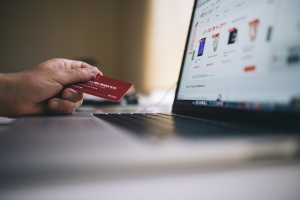 The Munich public prosecutor’s office is investigating a Financial Times journalist in London on suspicion of market manipulation. The journalist reported on money laundering allegations made by the Wirecard branch in Singapore.

The Wirecard share price collapsed not least because of the reporting. The Federal Financial Supervisory Authority (BaFin) therefore issued a ban on short sales of Wirecard shares last week.

The share price plummeted by 40 %, a value of around 10 billion euros was destroyed.

The Public Prosecutor’s Office Munich I has now confirmed that information is available for another short sale-attack. Media coverage of the company is to be influenced at great expense. A middleman is said to have tried to bribe British journalists with a million euro sum. It is particularly noteworthy that at the same time he is said to have offered Wirecard the possibility of preventing negative reporting in return for payment of a similar amount.

Both the announcements of the BaFin and the public prosecutor’s office in Munich suggest that a large-scale manipulation attempt can actually be assumed. Otherwise, it would not be possible to explain the clear positioning of the authorities, which clearly supports the company.  The suspicion of market manipulation is, however, also obvious. Wirecard is one of the leading companies for electronic payment transactions. The company has customers all over the world. Since electronic payment transactions are currently booming, it is difficult to explain such a drastic slump in share prices.

So far, the company itself has not made any public statements. A statement on the allegations about the Singapore branch has been announced for mid-April.