What is a penalty order

You are here: Home / What is a penalty order

What is a penalty order?

The procedure for an order for punishment can be described as a kind of “written court procedure”. The public prosecutor’s office applies to the court for an order of summary punishment if it does not consider a public trial to be necessary. The judge issues the penalty order if, after examining the contents of the file, he assumes that the case is simple and that the proceedings can also be decided from the desk. A written penalty order can be roughly compared with a default summons in civil law. 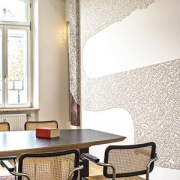 The penalty order procedure is used above all for minor offences but also for cases of moderate crime. Criminal tax proceedings are particularly often concluded with orders to pay penalties. Here, the application for the issue of a penalty order can also be made by the tax authorities – in Bavaria this is the so called BuStra – instead of the public prosecutor’s office.

With a penalty order only certain legal consequences (punishments, measures etc.) can be fixed. Among other things can be recognized on a fine, the withdrawal of the driving licence however under certain conditions also on a term of imprisonment up to one year on probation. If the order provides for a suspended custodial sentence and the defendant does not yet have a lawyer, the court can appoint a duty solicitor.

In many cases, the procedure is preceded by an agreement. Even after an indictment has been filed or after the main proceedings have been opened, a transition to the order of summary proceedings can still be suggested.

The risk of an appeal against an order for punishment lies in the fact that the court can sentence the defendant to a higher or a different penalty at the trial than was imposed in the order for punishment. Whether an appeal should be lodged therefore always depends on the individual chances of success and risks. In addition, the burdens involved in main proceedings should also be weighed up. In addition to the personal, time and financial burdens, it should also be taken into account that the proceedings become public during the trial. A penalty order, on the other hand, shortens the proceedings and provides the accused with legal certainty. Conversely, a false accusation can only be rectified and the accused rehabilitated through a trial.