Do I get a duty solicitor?

You are here: Home / Do I get a duty solicitor?

Public Defender – Do I get a duty solicitor?

Whether the court appoints a duty solicitor is not an issue of personal considerations. The law conclusively regulates in § 140 German Code of Criminal Procedure when a defence lawyer must be involved in criminal proceedings. Differently to what some may believe, there is not a case of such a so-called “necessary defence” if the defendant cannot afford a solicitor. Legal aid, as is available in the likes of civil proceedings, is technically speaking not recognised by the German Code of Criminal Procedure. 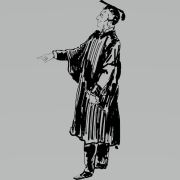 For the court to appoint a duty solicitor, there must first be a case of necessary defence as defined by § 140 German Code of Criminal Procedure. This is the case if, for example, someone is accused of a crime, i.e. an offence that stipulates a statutory minimum penalty of one year. Other cases of necessary defence are if pre-trial custody has been ordered or if the process is already being conducted in the first instance at County Court.

In addition, a duty solicitor can be appointed if the factual and legal position is so complex that a qualified legal advisor is necessary. However, you should think twice before applying for court-appointed defence by referring to this clause, as sometimes, the best defence strategy is “keeping a low profile”. In certain constellations, it would be contra-productive to convey to the judge in the forefront of a process that there is an extraordinary case – which under certain circumstances would for this very reason be punished particularly highly.

If there is the case of necessary defence, the court must appoint a solicitor by order. The accused has the right to name a trusted solicitor. As a rule, he is summoned with the delivery of the indictment with a deadline. The court usually complies with the wish of the accused.

2. Fees of a public defender

In the event of an acquittal, the costs of the proceedings will be borne by the state – and with them, the so-called necessary expenses. The duty solicitor’s fees will consequently be borne by the state. However, if there is a conviction, the convicted must bear the costs of the criminal proceedings. The court costs bill then includes the criminal defence lawyer’s fees.

The fees of a duty solicitor are laid down by law. They are lower than those of a chosen defence lawyer are. In many cases, it is impossible for a lawyer to offer the best defence at the fees set out for a duty solicitor to cover his costs. Necessary defence should not be “cheap defence”. It is thus possible and to be recommended to make an additional fee arrangement in the event of court-appointed defence. However, everything a lawyer receives from his client or a third party must be stated on the settlement of accounts of the duty defence solicitor submitted to the state. After a certain amount has been exceeded, the payments are deducted, i.e. the claim for reimbursement by the state is reduced.

The appointment of a duty solicitor makes sense in many cases, in order to ensure the continuation of the proceedings and safeguard at least a proportion of the fees for the solicitor. However, the German Institute of Duty Defence Solicitors does not represent a universal remedy against the fundamental problem of criminal proceedings that, in many cases, the statutory fees do not suffice to cover the defence lawyer’s actual efforts.