PENAL PROCEEDINGS FOR TAX FRAUD AGAINST IT SPECIALISTS

You are here: Home / Criminal Tax Law / PENAL PROCEEDINGS FOR TAX FRAUD AGAINST IT SPECIALISTS

PENAL PROCEEDINGS FOR TAX FRAUD AGAINST IT SPECIALISTS FROM ABROAD

I. IT specialists from abroad

“Kinder statt Inder!”(bring them up, not in!) In 2000, the election campaign was polarized with this slogan in the light of the discussion about employing IT experts from abroad in Germany. In the same year, the so-called dotcom bubble burst, for which reason many programmers worldwide lost their jobs. At the same time, many large European enterprises had an increased demand for IT specialists who, for many years were hired for example, for the expansion of the mobile communication network in Germany. Frequently, taxes were not paid in Germany on some of the actual income (Frank, PStR 11, 311).

At present, tax investigators throughout Germany are investigating those involved. The constitutional state is facing particular challenges due to the fact that, in the scope of the investigations, it is mostly only possible to reconstruct how much money the German companies paid for the services. There is controversy about what share of it the programmers actually received.

Read more about the Topic:

Tax evasion by foreign IT freelancers? 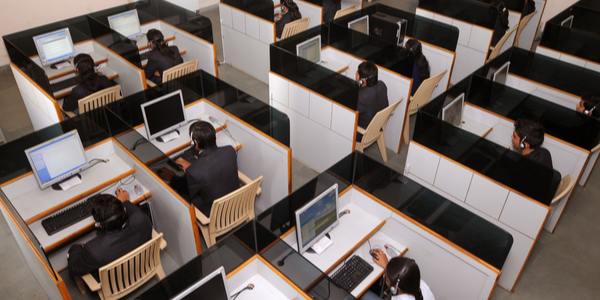 For the most part, there are no direct contracts between the programmers and the companies. Instead of that, things were settled via so-called management companies (“agencies”) abroad.
The agencies invoiced the German companies the services rendered by the hour and paid the IT specialists (“consultants”) on a freelance basis according to the internal agreement. The agencies were also involved in recruiting the IT specialists. In doing so, the respective hourly rates were negotiated between the agencies and the programmers on an individual basis.
The agencies kept back a not insignificant share of the money that flowed. Frequently, further invoicing companies were engaged, the purpose of which was to conceal the actual cash flows. These intermediary invoicing agencies kept back a part of the money that was invoiced to the contractors.
From the programmers’ point of view, the advantage was that the agencies were the point of contact for the German companies and they took care of all organisational and tax-related issues. Due to the fact that the German companies did not offer binding work contracts, involving the agencies was often the only possibility to collaborate in the prestigious projects.

In the ZFN 1/07 (pp. 32 to 34), Spaun and Frank described for the first time that the procurement agencies in part acted with significant criminal intent. The hired specialists were told that a system for tax avoidance had been developed. If, according to the advertised concept, there were no formal claim to the payment of additional payments within the internal relationship, then no taxes needed to be paid.
This is in fact correct as long as there really is no claim and nothing is paid. In quite a few cases, additional agreements were made between the consultants and the agencies anyway. These were mainly concluded without any comprehensible basis. Sometimes, bonuses were paid out after completion of a project after the specialists had returned home, sometimes loans were paid out, sometimes shares were financed or special capital investments (e.g. property funds in Bulgaria) were recommended. Some of the loans were paid out at commercially available conditions, others, in turn, were interest-free and with no repayment requirement.
Whilst some of the programmers have not seen any additional money till this day, there were others who received additional payments very regularly and of a substantial amount. The palette that was availed of to keep up the appearance of non-commitment is multifaceted. Documentation was avoided.
From the tax investigators’ point of view, the problem is that those cases which resulted in tax evasion can hardly be distinguished from those cases where the specialists themselves became victims of empty promises.
Yet even in the cases of those consultants who are ready to disclose their actual income to the fiscal authorities, the problem is that it is difficult to put into figures the specials payments that flowed, even with all good will. Evidence of the non-receipt of monies would hardly need to be provided.

From the perspective of the fiscal authorities, the question arises as to whether the Fiscal Code provides instruments that are suitable for closing the gaps in the documentation.

In part, attempts are being made to get the problem of evidence under control by assuming an accrual for the programmer at the moment the money arrives at the agency. However, this solution would result in treating the agency “like a bank”. Yet, this does not conform with reality, because an accrual pursuant to § 11 of the German Income Tax Act would presuppose that the respective consultant had received the economic power of disposition over the money. Yet, in those cases where, according to the internal agreement, the programmers neither had a claim to the money nor actually received any, this is not the case.

One is tempted to fall back on knowledge known from other proceedings. Rightly enough, a differentiation can be made which was developed by the Higher Regional Court in Frankfurt in a different context (5.5.10, 4 U 214/09, PStR 10, 292):
• it is always illegal to maintain the existence of a crime (“whether”) through evidence of similar constellations.
• insofar as evidence of a crime (“whether”) can be presented precisely, it may be permitted to estimate the amount of money generated (“how”) in a second step by using comparative figures.
Even this might fail according to the status quo of knowledge, because there are no statistics available such as those used in the case of gross profit surcharges. Nor is there a holistic approach among the invoicing agencies. Taking recourse to the commissions known from other cases (Frank, PStR 11, 311: “5 % to 20 %”) is also not possible because frequently, several interim companies were also involved.
One case is known, for example, where the consultant disclosed his actual income at a later point in time. The result was the commissions kept back by the agencies varied from 6% to 62%.
In addition, the special payments were partly paid in some years, and not in others, meaning that a conclusion based on the period taxation principle from one year to the next is out of the question.

For many of those concerned, their economic existence is involved. Most fiscal authorities grant the suspension of enforcement in disputes (a dismissal by the Tax Court in Munich 15.6.11, 12 V 776/11, cannot be generalized because in that case, concrete payments were accepted). Landmark decisions by fiscal courts are yet unknown. In those cases where no concrete evidence can be provided, a penalty is ruled out (also as according to the County Court in Nuremberg 15.11.11, 46 Cs 502 Js 977/11).

Tax evasion by foreign IT freelancers?

Dr. Tobias Rudolph gives a lecture on the subject “Preventing Corruption in...
Scroll to top