You are here: Home / Fields of Law / Business Criminal Law

Commercial criminal law has been gaining in importance for some years now. Cases associated with the companies  Siemens/ENEL, MAN, Berliner Stadtreinigung (BSR) or Volkswagen / Audi have long since ceased to be of interest only to experts. The media coverage of black cash registers, insider trading and expense chores does not fade away and is followed by a broad public.

This development is related to changes in the economy and the associated new self-image of the prosecutors. 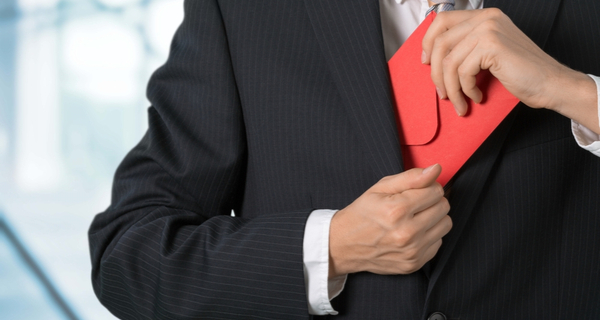 The area of commercial criminal law includes criminal offences that are connected with business life. Typical allegations include the delay of insolvency, subsidy fraud and corruption offences such as bribery or corruption. In addition, the criminal offence of breach of trust increasingly played a role, which is partly applied as a kind of catch-all offence in those cases that cannot be subsumed under the existing paragraphs of the Criminal Code and the criminal secondary laws.
Attorneys and criminal defense lawyers are faced with a new challenge. The defence counsel in a commercial criminal case must recognise and master the manifold strands of a potential criminal offence with other areas of law, such as commercial and company law, copyright law or insolvency law.
In addition, preventive criminal law management consulting plays an increasingly important role in the practice of lawyers specializing in white-collar crime law within the framework of so-called compliance measures. This includes, for example, acting as a lawyer of confidence in the prevention of corruption (“ombudsman”) such as advising on questions of data protection or employee monitoring within the framework of labour criminal law.

The changes in economic criminal law are accompanied by the discussion about so-called corporate criminal law. In Germany, a company has not yet been able to make itself liable to prosecution. In criminal proceedings, only “natural persons”, i.e. managing directors, managers or board members, are currently held responsible.
However, the instrument of corporate fines should not be underestimated. Although such a fine is imposed “only” in administrative offence proceedings, it can lead to considerable economic burdens.
The phenomenon of criminal economic bosses was first investigated around 1939 by the American criminologist Edwin H. Sutherland as white-collar-crime (“white-collar crime”). The term white-collar-crime is derived from the special feature that managers and boards of directors of often European or global corporations and companies sit in the dock. They do their work – and their crimes – mostly from their desks, i.e. in a situation in which they wear white shirts. The term “white-collar-crimes” contrasts with “blue-collar-crimes”, which refer to offences typically committed in lower social milieus or by the working class, such as bodily harm. The term “blue-collar” refers to the typical blue work clothes used in production.

3. Consequenses of a Criminal Conviction

Modern white-collar criminals are more comparable in their behaviour to the coach of a football team or a theatre director than to a classic trickster. The offences of the Criminal Code of 1870 have not been created to respond to this form of crime. This often leads investigators to show considerable imagination in putting behaviour that takes place in border areas of the law into “well-tried drawers”. The task of criminal defence is to ensure that constitutional standards are maintained in this development.
One of the special features of commercial criminal law is that the consequences for those affected under extra-criminal law are often much more serious than the “classic” criminal sanctions (e.g. fines or suspended sentences). Since 2017, driving bans have also been possible as a secondary penalty, even if the offence has nothing to do with road traffic at all. A conviction for insolvency criminal law can, for example, result in the refusal of residual debt discharge or the prohibition of acting as managing director (so-called register block).

These “side effects” are already felt by every company with the initiation of an investigation procedure under economic criminal law if negative headlines are made in the press.
After a conviction, the managing directors held responsible are exposed to potential claims for damages. The profits earned can be skimmed off. Attorneys, notaries or tax auditors involved threaten professional proceedings – sometimes even tax liability. The managing director of a GmbH is denied suitability as a GmbH managing director for up to five years if certain offences are committed.