You are here: Home / International Law / Extradition from Germany to Turkey in political offences against the ...

By order of 29 August 2018 (file number (4) 151 AuslA 59/17 (40/18)), the Berlin Court of Appeal (Kammergericht) clarified that extradition to Turkey is inadmissible if there is a threat of prosecution for a political offence. 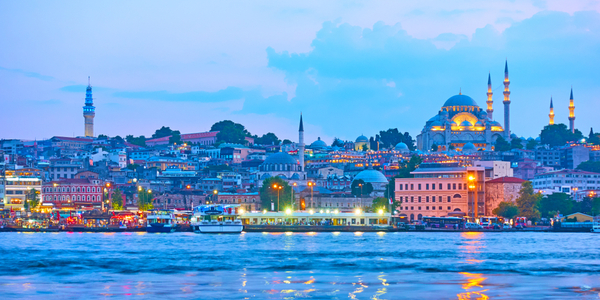 “1. the extradition request of the public prosecutor’s office in E. of 20 October 2016 transmitted by diplomatic means with a note verbale of the Embassy of the Republic of Turkey of 11 May 2017 – 2017/36481099-Berlin BE/12386453 – complies with the requirements of Art. 12 EuAlÜbk with regard to the means of transmission as well as its form and content. It includes, inter alia, a copy of the applicable provisions of the Turkish Criminal Code and certified copies of the judgment of the Fourth Criminal Court in E. of 31 October 2012 (file number 2012/19, judgment number 2012/9) and of the – confirming – order of the Court of Appeal of 23 October 2012. The order of the Court of Appeal of 23 December 2013 (file number 2013/16659, judgment number 2013/16700), together with certificates of res judicata, according to which – in addition to conditional custodial sentences in respect of which extradition is not sought – the person prosecuted was sentenced to three years, one month and 15 days’ imprisonment, which must still be fully executed. It is further reported that the person being prosecuted is the subject of an enforcement order issued by the Public Prosecutor’s Office in E. dated 6 March 2014 – 2014/1-969 – which is also attached as a certified copy to the request. According to the findings of the verdict, which were communicated in a qualitatively inferior, partly incomprehensible translation and therefore partly newly translated at the instigation of the Berlin Public Prosecutor’s Office, the person persecuted, who himself did not belong to the PKK, had taken part in an unauthorized Newroz celebration in the center of E. on March 20, 2012, which had been called to the media close to the PKK and in the course of which propaganda for the PKK had been made. He is said not to have responded to repeated calls to dissolve the assembly and joined a group throwing stones at the security forces (elsewhere in the verdict, it is said that the victim threw a plastic drinks crate). The victim is said to have supported the PKK terrorist organisation. It has not been established that the stone throws or the throwing of the beverage crate had led to injuries.

2 The extradition of the persecuted person is inadmissible. It is opposed by the prohibition of extradition for a political offence (Art. 3 para. 1 EuAlÜbk; § 6 para. 1 IRG).

Political offences are (at least) those which are subject to state protection criminal law. They are an expression of opposition to the government, often against the background of foreign or domestic political disputes (see Vogel in Grützner/Pötz/Kreß/Gazeas, Internationaler Rechtshilfeverkehr in Strafsachen 3. Aufl., § 6 IRG marginal 38 mwN). The provision of Article 314 of the Turkish Penal Code (Law No. 5237) on which the conviction is based – insofar as extradition is requested – is found in the Fourth Part “Offences against the Nation and the State” of the Second Book of the Turkish Penal Code in the Fifth Section “Offences against the Constitutional Order and its Functioning” and thus belongs as a state security offence to the category of political offences (also OLG Karlsruhe, Beschluss vom 29. Juni 2017 – Ausl 301 AR 101/17 – [juris]). Also the concretely accused event – the participation in a propaganda event of the PKK in opposition to the Turkish government and in the resistance against the dissolution of the assembly – presents itself independently of the classification of the PKK as a terrorist organisation corresponding to German law as a political action of the persecuted person.

Neither is it a catalogue offence under Art. 1 EuTerrÜbk – not even in the version of Art. 1 ZP-EuTerrÜbk – nor is it a serious act of violence within the meaning of Art. 2 (1) EuTerrÜbk or a serious and public danger act directed against property within the meaning of Art. 2 (2) EuTerrÜbk. A serious offence within the meaning of Art. 2 (1) and (2) of the EuTerrÜbk is defined by Art. 2 of the EuTerrÜbk Act of 28 March 1978 (BGBl. II S. 321) only if, after weighing all circumstances, in particular the motives of the perpetrator as well as the nature of its execution and its indebted effects, the offence is not an appropriate means of achieving the desired objective, whereby as rule examples the causation of death or serious bodily injury, the endangerment of life or health of a large number of people or the commission of the offence in a cruel manner or by means dangerous to public safety are mentioned. This is evidently not the case with regard to the unintentional act of the

person persecuted, which is to be assumed on the basis of the silent grounds for the judgement.”