Will I be released from prison after two thirds of my sentence?

You are here: Home / Will I be released from prison after two thirds of my sentence?

Will I be released from prison after two thirds of my sentence?

What is the matter with the two-thirds penalty?

The “two-thirds penalty” is a provision of penal law which is based on § 57 StGB (German Penal Code). Under this provision, the court – usually the chamber of executors responsible for the district of the correctional facility – suspends (not for life) imprisonment on probation if

– two-thirds of the sentence has been served,

– there is an obvious chance of future impunity,

– and the person concerned agrees to it.

If these conditions are met, the competent enforcement chamber has no discretion regarding the suspension decision. It must ex officio suspend the remaining sentence. Questions of the offender’s guilt are not relevant in this decision. 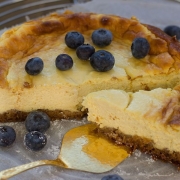 According to § 57 Abs. 2 StGB, the court may under certain circumstances suspend the sentence imposed on a first offender (i.e. someone who is in prison for the first time – which does not necessarily have to be a first offender) even after half of the sentence to be served. In contrast to the two-thirds rule, however, the court has a discretion with regard to the decision here. It does not have to suspend, but it can.

Although § 57 Abs. 1 StGB actually leaves no room for the courts over the two-thirds decision, the official execution statistics show that less than 20% of the prisoners are actually released at the given time. On the other hand, only less than 2% of prisoners benefit from the suspension of half sentences. An early end to detention is therefore not the rule, but the exception.

If the court decides in favour of the prisoner within the framework of its prognosis, he has a right to release. However, he is not completely free then, the sentence is only suspended. This is, so to speak, a break from the prison system. He is under probation at least for the duration of the remaining sentence. He must show by law-loyal behavior that the decision to dismiss him early was correct. If he does not prove himself, the revocation of the probation is imminent and the remainder of the sentence must be “served”. If, however, he succeeds in his probation, he is released from the suspended sentence and the sentence is served.