Why should I remain silent as an accused of a crime?

You are here: Home / Why should I remain silent as an accused of a crime?

„I have never been hurt by what I have not said.“
Calvin Coolidge, American lawyer and politician, 30th President of the USA, 1872-1933.

You may have heard the following in American crime films:

“You have the right to remain silent. Anything you say can and will be used against you in court. (…)“

Of course, American law does not apply to us. Apart from a few exceptions, however, anything you disclose in the course of the proceedings can also be used against you in Germany – even towards the police. Particularly in criminal proceedings, the superiority of the state over its citizens is evident. It can quickly happen that an inconsiderate statement becomes a file note which determines the further procedure to your disadvantage. 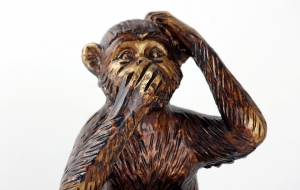 1. Why should I remain silent as an accused of a crime?

The defendant in a preliminary investigation has the right to remain silent. No one is obliged to incriminate themselves by testifying.

The principle that nobody is obliged to incriminate himself is not explicitly regulated in the Code of Criminal Procedure. However, it is expressed in several passages and forms the basis of the law. The principle is so fundamental that it is also protected by the European Convention on Human Rights. Lawyers call this principle the nemo-tenetur principle; this stands for the Latin phrase nemo tenetur se ipsum accusare – nobody is obliged to accuse himself.

The citizen not only has the freedom in relation to the state not to have to burden himself, he does not even have to actively participate in the clarification of the facts.

Almost always a statement on the matter has negative effects on the subsequent development of the case, even if the accused himself does not attach great importance to his statement – or thinks he can exonerate himself.

The possibilities to exonerate oneself are almost always overestimated by the accused in criminal proceedings. In practice, defence lawyers repeatedly observe that exculpatory statements are not fully recorded by the police or are so distorted in the protocols that in the end only the incriminating party remains and finds its way into the court file.

The further course of the entire proceedings therefore often depends on the first statement. Therefore, you should not make an inconsiderate statement about the allegations. Also, the decision to make a confession or to remain silent should not be made without consulting a defense counsel.

In fact, in most cases the answer to the question about a confession – if and when – is the most difficult decision at all. It presupposes knowledge of files and law as well as experience, tact, calmness and distance. All this is missing in the first interrogation situation with the police.

Therefore, it is almost always advisable to first wait for the defence lawyer to inspect the file and then to think about a statement in peace.

3. Will the silence be to my disadvantage in the criminal proceeding?

If you remain silent during the investigation, this must not be a negative burden. On the other hand, partial silence can harm you. This means that it is better not to say anything at all than to make a little statement. Even if you are convinced that you are accused for no reason and have not committed a crime, it is almost always better not to make a statement at first.

The experience of all defence lawyers is that rash statements made in the “heat of the moment” are almost always harmful.

On the other hand, a confession that is made during a later interrogation or during the main trial is almost always “worth more” than a confession that was made early to the police immediately after the arrest. It’s like Skat: you should think very carefully about when to play your trump cards.

Police officers are trained to give suspects the impression that it is better for them to make a confession at an early stage. This is almost always wrong. When arrested, the police are “friends and helpers” of the prosecutor – and not of the accused. Policemen who promise to give a “good word” to the judge violate their official duties. Anyone to whom such a promise is made should insist that it be recorded in writing or repeated in front of neutral witnesses. For this purpose, police officers who make “lazy promises” are usually not prepared – for good reason.

Instead of expressing himself on the matter, an accused should therefore insist in every situation of the proceedings on immediately consulting a lawyer and remaining silent.