When do I have a criminal record in Germany?

You are here: Home / When do I have a criminal record in Germany?

When do I have a criminal record in Germany?

Strictly speaking, anyone who has been convicted of a criminal offence by a final judgement – no matter how minor the sentence – has a criminal record. According to common usage, however, the person who does not have an entry in the certificate of good conduct is not considered to have a criminal record.

Legal certainty. Conversely, a false accusation can only be rectified and the accused rehabilitated through a trial. 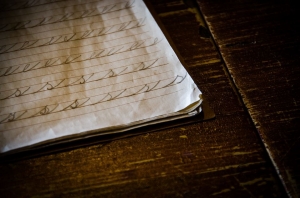 There are two types of certificates of good conduct:

The private certificate of good conduct is issued to the person concerned by the authority upon application.

The official certificate of good conduct is not handed over to the person concerned, but sent directly to the relevant authority. A private citizen cannot view it without further ado.

2. Is every punishment listed in the certificate of good conduct and when are these deleted?

As a rule of thumb, in most cases a conviction will not be included in the criminal record,

– if the register contains only one conviction, and

– if, in the case of a custodial sentence of up to 3 months, the execution of the sentence has been suspended on probation.

If the register contains several convictions, they usually appear in the certificate of good conduct even if the above-mentioned limits have not been exceeded. This exception for second convictions is often overlooked. So anyone who was sentenced two years ago to 30 daily rates for insulting and in a more recent trial to 60 daily rates for driving without a driving licence must be prepared for registration.

An official certificate of good conduct is even more comprehensive in terms of content, but may only be requested from the authorities. It is not handed over to the person concerned himself, but sent directly to the authority, § 30 Abs. 5 BZRG. However, it can be inspected either at the authority or at a local court.

Entries in the certificate of good conduct do not remain for all times. After certain periods, convictions are no longer recorded. According to § 34 BZRG, this is the case at the earliest after three years.

The number and amount of previous convictions are of decisive importance for the sentencing in proceedings. The previous life of the offender is an important criterion for sentencing according to § 46 StGB, the basic norm of sentencing in German criminal law. Not least for this reason, the defendant’s extract from the Federal Central Register is read as evidence in every main hearing. The Federal Central Register contains all acts, including those not listed in the certificate of good conduct. The judge can see from the extract from the register whether the accused was impressed by previous convictions. In the case of existing criminal records, higher penalties are usually imposed. However, it is also decisive whether the offence to be convicted is a crime of a different quality, how great the time interval between the offences was and how high the penalties were. The more similar the offences are, the shorter their time interval and the more sensitive the penalties already imposed, the harsher the new penalty will be.

The previous conviction burden is a central indicator for the legal probation of the individual and provides information on whether and how often he has come into conflict with the law so far.

However, a convicted person does not even have to have his or her offence brought to his or her attention by the courts for all time. Once the offence has been removed from the Federal Central Register, it may no longer be used, § 51 BZRG. How long it takes for an offence to be removed from the register again depends on the amount of the conviction. The shortest repayment period is five years.