What rights do I have as a victim in criminal proceedings?

You are here: Home / What rights do I have as a victim in criminal proceedings?

The victim in criminal proceedings

German criminal law is geared to the offender. In most cases, the victim of a crime appears merely as a witness in the trial against the perpetrator. After all, the main objective of criminal proceedings is to establish the concrete guilt of the perpetrator in a particular act and to impose the very specific punishment for that act. 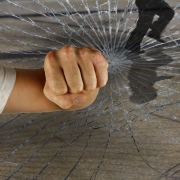 However, there are situations in which the victim of a crime is well advised to seek advice from an experienced criminal lawyer. A criminal lawyer is familiar with the specifics of criminal law. Above all, he knows the opposite side – the perspective of the perpetrator – and can usually anticipate their steps.

There are as many reasons for representing victims as there are possible criminal offences. It is therefore important to reach an agreement with the lawyer in advance on the desired goal.

For companies, criminal investigations are associated with great inconvenience. Criminal offences against the company in the area of commercial criminal law, such as copyright infringements or corruption offences, should be accompanied by a lawyer specialising in criminal law. Within the framework of a criminal law consulting firm, it is not only a matter of formulating a professional criminal complaint – whereby certain formalities, such as short deadlines for filing criminal claims, must be observed. Rather, questions of labour, tax and data protection law must also be kept in mind, not least the side effects of press reports, for example.

For some offences, the willingness of the investigating authorities to pursue a complaint with the necessary commitment is limited. These include insults and slander campaigns on the Internet. A professional criminal complaint increases the chances of efficient prosecution. One must keep also in mind the possibilities of a private lawsuit.

Not least victims of violent and sexual crimes may have an understandable interest in punishing the perpetrator. In order to be able to influence the procedure, there is the institute of accessory private prosecution . In such proceedings, it is advisable to have committed support at his side to ensure that the victim does not have to suffer the crime a second time during the trial. With regard to possible claims for damages and compensation for pain and suffering, it is advisable to consider adhesion proceedings at an early stage, i.e. the assertion of claims for damages under civil law already in criminal proceedings.

Anyone called as a witness by the police or the court has the opportunity to be accompanied by a lawyer as witness counsel. He accompanies the witnesses – if necessary also in the public main hearing – and is committed to ensuring that his procedural rights – in particular rights to withhold information and to refuse to give evidence – are safeguarded. This is particularly useful if the accused are family members or close relatives. It is better to consult a lawyer too early than too late if it cannot be ruled out that the witnesses themselves will be targeted – which happens much more frequently and quickly than many innocent citizens can imagine. As a rule, life is not only black and white. For example, it is not easy to determine who started fights and whose actions may have been justified by self-defense. It is precisely in such cases that it makes sense to seek counsel in advance in order to prevent a mere witness from unexpectedly becoming a defendant.