What is punishable according to the German Criminal Code (StGB)

You are here: Home / What is punishable according to the German Criminal Code (StGB)

What is punishable according to the German Criminal Code (StGB)?

The body of laws contains two large parts, the general and the special part.

The General Section deals with all fundamental questions of punishability and punishment. The rules laid down there apply to all German offences. 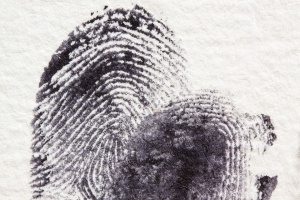 In the general part of the StGB, for example, it is regulated under which conditions a perpetrator makes himself liable to prosecution if he has only attempted the intended offence.

Some offences do not require intent, but establish a criminal offence even in the case of negligent conduct.

Even those who fail to perform an offence may, under certain circumstances, become liable to prosecution, not only for failure to render assistance.

Aiding or abetting a criminal offence can also be punishable.

In some cases, a criminal offence is objectively committed, but the act can be justified – for example, if a person has acted in self-defence to ward off an illegal attack against himself.

Some perpetrators are diagnosed for the time of the offence with inability or reduced ability for criminal responsibility.

Last but not least, the General Part of the Penal Code also regulates the sentencing, the assessment of imprisonment and fines, or the granting of probation, it contains provisions on the secondary consequences as well as the statute of limitations of criminal offences.

Capital offences such as murder and manslaughter in § 211 and 212 StGB are known to many people only from the Sunday TV crime thriller. Other criminal offences such as insult (§ 185 StGB) or bodily harm (§ 223 StGB) are closer to daily life.

The seventh of the Ten Commandments “You shall not steal” can be found today in the provision of § 242 StGB (Theft).

In addition, the Criminal Code also contains some rather bizarre criminal offences.

Anyone who supports a prisoner in escaping from prison or makes it possible for him or her to escape is threatened with up to three years’ imprisonment for facilitating escape of prisoners in accordance with § 120 of the Penal Code. For a prisoner himself, on the other hand, escaping or attempting self-liberation does not constitute a separate criminal offence – unless other offences such as bodily injury, damage to property or hostage-taking are committed.

Other criminal offences are reminiscent of Hollywood productions, such as criminal liability for acting as a secret agent with the aim of sabotage (§ 87 StGB) or working as an agent for an intelligence service (§ 99 StGB).