What does tax secrecy mean in Germany

You are here: Home / What does tax secrecy mean in Germany

What does tax secrecy mean in Germany?

In some prominent cases (Uli Hoeneß, Alice Schwarzer), there has been a discussion in the past as to whether tax officials have unauthorisedly transmitted confidential information from the tax office to the press. Criminal investigation proceedings have even been initiated, but have been suspended because the responsible perpetrators could not be identified. 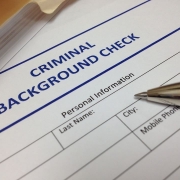 In fact, tax secrecy is one of the most important protective mechanisms in the tax procedure. Apart from the famous examples mentioned above, in practice it is generally also observed and taken seriously.

The tax secrecy is regulated in § 30 AO (German Tax Code). It is a result of the right to informational self-determination.

To a certain extent, tax secrecy is the flip side of the comprehensive information and cooperation obligations that affect a taxpayer vis-à-vis the tax office. To put it more simply: if you are forced to disclose all possible private and intimate information to the state, the state is in turn obliged in a special way to handle this information with care. This means, for example, that facts which become known to tax officials on the basis of a tax return which is correct from a tax point of view may not, in principle, be used to initiate criminal proceedings against the taxpayer. So if someone has turnover from an Ebay fraud and duly reports this to the tax office, it is not possible to investigate against him without further ado for the criminal offence of fraud (§ 263 StGB).

Tax secrecy is primarily directed at tax officials. If, in a tax case, they become aware of facts about a taxable citizen, they are obliged to secrecy. They may not disclose any information about the taxpayer, such as the name, marital status or number of children. It is forbidden to pass this information on to other parties or persons, as is unauthorised data retrieval using automated procedures.

Business or trade secrets of companies may also not be disclosed.

The disclosure of facts that have become known in tax proceedings is permissible under certain conditions, e.g. if the person concerned agrees to the disclosure. In some cases, the law also permits disclosure, especially if the facts are required for criminal or administrative proceedings.

If tax secrecy is violated, the person concerned has the possibility, under certain conditions, to claim damages or to sue for an injunction. In addition, the violation of tax secrecy also has criminal consequences, i.e. the person who violates tax secrecy can be prosecuted with a fine or imprisonment for up to two years (§ 355 StGB).

The defence counsel is not subject to tax secrecy per se. However, he is generally bound to secrecy.