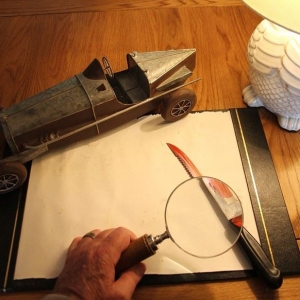 1. Why do Supplementary Penal Provisions exist?

When the Penal Code came into force in 1871, not all the criminal offences relevant today were taken into account. Over the course of time, new legal materials have developed which have their own criminal offences. Although the Criminal Code has been amended more than 200 times, it would lead to confusion in the otherwise manageable Penal Code if every “new” conduct relevant to criminal law were incorporated into the existing body of legislation.

However, the same general rules for intent, attempt and determination of the amount of penalty apply to all criminal offences, regardless of whether they are located in the Criminal Code or in supplementary penal provisions.

The criminal offence of tax evasion is not standardised in the Criminal Code, but in the Tax Code (§ 370 AO). The Tax Code contains a total of 415 paragraphs, but only a small part, §§ 369-376 AO, deal with criminal tax law. As special regulation, which does not find a counterpart in the StGB, the self-denunciation to the fiscal authorities to avoid penalty in § 371 AO is to be called.

In §§ 29-34 BtMG, the drug law contains provisions on criminal offences and administrative offences. As is typical for secondary criminal laws, § 29 BtMG refers to other provisions of the Narcotics Law.

The BtMG is also linked to the general part of the StGB. For example, § 31 BtMG contains a special provision on mitigating punishment or refraining from punishment in accordance with the level system of § 49 Abs. 1 StGB. In narcotics law, a mitigation of punishment may be considered if the offender has voluntarily contributed by his testimony to the fact that another criminal offence can be uncovered or prevented according to §§ 29 to 30a BtMG.

Section 35 of the BtMG provides for “therapy instead of punishment”. Under this provision, execution of the sentence can be postponed if the offender has been sentenced to a term of imprisonment of no more than two years and has committed the offence as a result of an addiction to narcotics.

3. What criminal offences are included in supplementary penal provisions?

The criminal provisions in the Stock Corporation Act (§§ 399-404 AktG) as well as in §§ 38-40b German Securities Trading Act (WpHG) and §§ 143-145 Trade Mark Act (MarkenG) are of particular importance in the area of business criminal law.

The Road Traffic Act (StVG) also contains criminal offences: Pursuant to § 21 StVG, driving without a driving licence is punishable by imprisonment for up to one year or a fine. Similarly, according to § 22 StVG, anyone who misuses a license plate will be punished.

The violation of copyrights, the so-called file sharing, does not only lead to warnings or claims for damages, but can be prosecuted under the conditions of §§ 106-109 Copyright Act (UrhG).

Who acts against a certain restraining order to is punished according to § 4 Protection against Violence Act (GewSchG) with imprisonment up to one year or with fine.

The German Medicinal Products Act (Arzneimittelgesetz, AMG), which regulates the proper provision of medicines, contains penal and fine provisions in §§ 95 – 98a.

According to § 18 German Transplantation Law (TPG), trafficking in organs or tissue is punishable by law.

A good criminal defender does not only take the StGB to the hand, but finds one’s way also in the impenetrable supplementary penal provisions.