1. What is part of medical criminal law?

The term “medical criminal law” describes not a clearly defined area of law. “Special criminal law” for those involved in the health system exists only in certain areas, particularly with regard to the provisions on corruption in the health system in force since 2016 (Sections 299a, 299b of the German Criminal Code). In addition, the provisions of the Penal Code (StGB) or the Pharmaceutical Act (AMG) apply to physicians, which are directed at everyone, but which develop their very own dynamics in criminal proceedings against doctors.

Typical areas of commercial criminal law, such as corruption offences or tax evasion, can be directly relevant for doctors. In the case of disputed billing issues, fraud allegations against doctors are repeatedly made.

Crimes from general criminal law, which every law student already knows from his studies, are also part of medical criminal law. This includes in particular the accusations of negligent bodily injury (§ 229 StGB) or negligent homicide (§ 222 StGB) as consequences of treatment errors. Other offences under core criminal law that repeatedly become relevant to doctors are, for example, unlawful abortion (§ 218 StGB) or forbidden active euthanasia (§§ 212, 216 StGB).

As far as pharmaceutical companies are concerned, criminal product responsibility for drugs and medical devices is often the focus of criminal liability.

In addition, employees of clinics, doctors’ surgeries and pharmacies are often exposed to accusations of (alleged) violations of the German Medicines Act (AMG), which contains their own criminal offences. 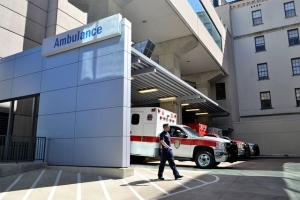 Medical criminal law can affect doctors and therapists, nurses, but also managing directors of private clinics, for example. Potential participants from the health sector also include pharmacists as well as employees and managers of health insurance companies and pharmaceutical entrepreneurs and representatives.

The criminal prosecution of medical and medical cases poses special challenges. In addition to experience with the typical procedures and psychological backgrounds of criminal proceedings, knowledge of special fields of law is often the key to successful defence.

While medical law specialists usually deal with the drafting of contracts under civil law or questions of social law, criminal law sensitivity is required at the latest when a preliminary investigation is opened against a medical practitioner (for example through an interrogation as suspect or a raid of a practice). Similar to the close cooperation between tax consultants and defence lawyers in criminal tax proceedings, a defence lawyer will take into account the medical law expertise of a specialist lawyer for medical law in the development of his line of defence in a criminal law case involving doctors.

It is not only lawyers who have to familiarise themselves intensively with legal areas of specialisation when dealing with clients from the health care sector.

From the point of view of the prosecutors, the capacities thus created want and shall also be used. This leads to increased pressure to prosecute and at the same time to lower inhibition thresholds of the prosecution authorities to take criminal action against doctors.

In the crosshairs of the investigations are no longer only “physician botch-up” (malpractice) and educational errors or the issue of incorrect health certificates, but increasingly cases with an economic background.

That the persecution zeal of some public prosecutors is sometimes greater than the criminal energy of doctors can be illustrated in retrospect by the wave of criminal proceedings to which gynaecologists throughout Germany were exposed.

5. Side effects of criminal proceedings against doctors

Even the consequences of a criminal investigation affect the parties involved to a special degree. The criminal law side effects that threaten any accused in criminal proceedings (e.g. absorption of assets or civil law claims for damages) can also affect doctors, pharmacists and therapists.

In addition, negative media coverage often has a existence-threatening effect on clinics or general practitioners.

A criminal conviction sometimes entails the imposition of association fines against hospitals, i.e. the legal person responsible for the organisational shortcomings.

The greatest danger, however, are professional consequences for doctors or pharmacists: If a violation of professional duties is established, a warning, a reprimand or a fine may threaten in disciplinary proceedings as sanctions. In professional proceedings, a criminal conviction can lead to the (temporary) loss of medical licensure (§ 5 Paragraph 2 in conjunction with § 3 Paragraph 1 No. 2 BOÄ).