You are here: Home / Legal Remedies in Criminal Proceedings

Official decisions, in particular court decisions, can be challenged. The legal system provides for so-called legal remedies for this purpose. Legal remedies are, for example, appeals or objections.

Under German law there are some special legal remedies called “Rechtsmittel”. The special feature of these is that, on the one hand, the proceedings are pending in the next higher instance. On the other hand, these inhibit the so-called legal force. A decision is final if it can no longer be appealed against at all. 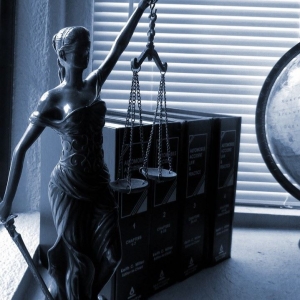 1. “Berufung”: Appeal on points of fact and law

“Berufung” is an appeal which opens a second instance of fact. The judgment of the first instance is therefore reviewed not only from a legal but also from a factual point of view. As a result, the taking of evidence may even be repeated under certain circumstances.

In criminal law in Germany there is only the possibility to file a “Berufung” against judgments of the local court, i.e. against judgments of the criminal judge and the court of lay assessors. The small criminal chamber at the regional court decides on the appeals. This chamber is composed of one professional judge and two lay judges (so-called lay judges).

2. “Revision”: Appeal on points of law only

“Revision” is a legal remedy which – unlike “Berufung” – can only be based on an infringement of the law. No second factual instance is currently being opened. In the appeal, it is examined whether the first instance decision was reached in a proper procedure and whether the penal provisions were correctly applied.

A special form of appeal is the immediate appeal on law only. It can be considered against first instance judgments of the local courts. If one has nothing to object to the actual findings of the first-instance judgment, but only doubts the legal evaluation, one can – without first having to appeal to the Regional Court – attack the judgment immediately with an immediate “Revision” to the Higher Regional Court.

An immediate “Revison” can only be lodged by an accused person or his defence counsel if the public prosecutor’s office has not lodged “Berufung”. Because in this case the entire procedure would be continued as a “Berufung”. If the public prosecutor’s office files a so-called “blocking appeal”, additional costs may therefore arise for a procedure of “Berufung” before one has the opportunity to have a disputed legal question clarified by a higher court.