Inspection of files in criminal proceedings

You are here: Home / Inspection of files in criminal proceedings

Inspection of files in criminal proceedings

1. Why is file inspection so important?

The right of access to files is of immense importance for criminal defence. A meaningful defence is not possible without knowledge of the state of the investigation. Just as a Skat or poker player cannot develop a strategy without seeing his own cards, it makes little sense for a criminal lawyer to make a statement about the further course of criminal proceedings without knowing the contents of the file. Anything else would be as dubious as a doctor making a diagnosis without first having examined the patient.

Precisely because witnesses and investigators at the police often perceive or describe a situation quite differently from the accused, a lawyer should as a rule not rely on what his own client describes to him. This is not a sign of a lack of trust, but professional experience.

In contrast to many states that have an adversatory criminal procedure model (e.g. the USA), no comprehensive disclosure of evidence takes place in Germany before the main hearing (disclosure of evidence). In German criminal proceedings, the accused – or his lawyer – must read up on the necessary information himself by inspecting the investigation files in order to be able to act and react “at eye level” with the prosecution authorities.

The right of access to files is ultimately an expression of the principle of “equality of arms” under the rule of law. It is part of a fair trial that the accused knows what he is accused of and why. No one shall be defenselessly at the mercy of the arbitrary power of the state. 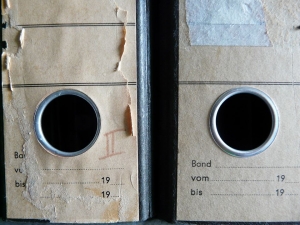 2. Who decides on file inspection?

After the charge has been brought, the court or the presiding judge is then responsible for deciding to whom and how the criminal records are to be issued.

The decistion about file inspection by the prosecution authorities is a sharp sword that can be used to influence procedural equality of arms in favour of prosecution and to the detriment of the accused. The privilege of judges and public prosecutors to decide on the inspection of files must not be abused.

In individual cases, disputes arise time and again, as early inspection of files is a key to efficient and successful criminal defence.

As a rule, the defence counsel is given the opportunity to copy the investigation file in his office and also to grant the client access to it or to make photocopies of the file for him.

4. Procedure of the inspection of files

At the latest after the investigations have been completed or the charges have been brought, the same information shall be made available to the defence counsel in relation to the criminal proceedings as is available to the public prosecutor’s office and the court.

The defendant may not be denied access to the accused’s hearing minutes and to such judicial investigative acts in which the defender has been or should have been allowed to be present, as well as to the expert opinions of experts, in any situation of the proceedings (§ 147 Paragraph 3 of the Code of Criminal Procedure).

Often, file inspection or inspection of certain parts of files is only possible at the office of the investigating officer or the public prosecutor’s office. Depending on the case constellation (and relationship of trust), however, the files are also sent to the defender’s office for inspection and for making copies. Exceptions apply if the files contain information or content that may not be disseminated, such as child pornography or information about imminent arrests.

As a rule, a defender is entitled (and also obliged) to provide his client with copies of the files or electronic scans on a data carrier.

5. Can I view the investigation file without a defense attorney?

For the accused who has not been defended, § 147 (4) of the Code of Criminal Procedure provides for a separate right to information. This, however, is not as broadly defined as the defender’s comprehensive right to inspect files.

As a rule, the accused’s files are inspected under official supervision, provided that the interests of third parties worthy of protection do not conflict with this. If the files are not kept electronically, copies of the files may be provided.

Part of the investigation file are the collected evidence, i.e. all documents that burdened and exonerated the suspect, records of witnesses’ interrogations, notes of police officers, internal orders of the authorities, handwritten notes, work instructions, preliminary assessments of the public prosecutor’s office as well as the current excerpt from the Federal Central Register. In addition, files from administrative or civil proceedings as well as video, image, sound and computer files are also included in the investigation file.

The inspection of the investigation file serves the defence counsel primarily to obtain information and to develop the defence strategy. Decisive decisions are made in the context of effective criminal defence even before an indictment is filed. Statements by the defence counsel in the preliminary proceedings should only be made after the files have been inspected and may in many cases lead to the closure of the proceedings. In general, the accused of criminal proceedings should not be interrogated without consulting the defender after having been granted access to the files.

A professional reading of the file is revealing. Often short handwritten notes of a public prosecutor in the file, which seem unimportant to a legal layman, are able to give the defender more information than official decisions page by page.

Through technical and organizational measures, the defender’s office must ensure that third parties cannot take note of the file contents within the scope of file inspection. Scanned files should therefore only be sent to the client with encrypted PDF files.

An unlimited right of the defence counsel to inspect files does not exist from the beginning of the criminal proceedings, but only after the public prosecutor’s office has completed its investigations (final entry in accordance with § 169a StPO). If the conclusion of the investigation has not yet been noted in the files, the defender may be denied access to the files or individual parts of files as well as the inspection of objects of evidence held in official custody if – in the opinion of the prosecutors – this could endanger the purpose of the investigation (§ 147 (2) sentence 2 CCP).

According to the case-law of the European Court of Human Rights and the Federal Constitutional Court, in the case of particularly serious measures against the accused in the course of the preliminary proceedings, such as in particular the order for pre-trial detention or the provisional seizure of assets (confiscation of property), the defendant must in any case be granted access to the file components which are essential for the assessment of the legality of the measure.

The background to this case law of the supreme courts, which are responsible for the protection of fundamental rights, is the principle of legal hearing, which applies in any case in the case of serious violations of fundamental rights: it would be incompatible with the rule of law if we were arrested like in a novel by Franz Kafka without knowing why.

If intervention measures are ordered by the court in criminal proceedings without prior hearing of the person concerned, the legal hearing must in any case be granted subsequently in appeal proceedings. The right to be heard in court also includes information on evidence relevant to the decision (BVerfG of 05.05.2004; Ref. 2 BVR 1012/02).

The question of whether the principles developed for arrests and confiscation of property can also be applied to judicially ordered search measures or measures is currently very controversial.

This problem is particularly frequent in criminal tax proceedings or in the case of accusations of evasion of social security contributions (§ 266a StGB). These procedures are characterised by the fact that – at least at an early stage of the investigation – it is not the public prosecutor’s office that is in charge, but other authorities are involved, namely the tax investigation and the customs authorities.

The Federal Constitutional Court has already dealt with the question of inspection of files after a search. In a decision of 04.12.2006 (File No. 2 BvR 1290/05 = NStZ 2007, p. 274), it clarified that in the case of a complaint against the search, a court decision may not be issued on the matter at least for as long before the file inspection initially refused was granted and the complainant could comment on the file content.

How long a court of appeal may defer its decision has not yet been clarified under constitutional law. It is certain that a postponement of the appeal decision is not unlimitedly permissible. Such an approach would effectively undermine the fundamental rights of the person concerned to a effective hearing and a fair trial.

9. Practice of the investigating authorities

It is the customary practice of most public prosecutors to leave to the defence at least the parts of the file relevant to the decision after a search or confiscation quickly. As a rule, one reaches one’s goal faster through a personal conversation than through the cudgel of constitutional law.

However, if authorities persistently refuse to surrender the files to the defender for reasons unrelated to the case, the defender should be able to master the tools of the criminal proceedings and use them to enforce access to the files by the Courts.