How should I react when the police search my home or company?

You are here: Home / How should I react when the police search my home or company?

What should I do if my house is searched?

The pictures from the Zumwinkel case, in which a public prosecutor, accompanied by several dozen civil servants, invaded the private villa of the former head of the post office early in the morning, have left their mark on the collective memory. In practice, not all searches are as spectacular. For those affected, however, they usually represent a shock that hardly anyone ever forgets again in their lives.

A house search as a so-called open investigation measure is often the first time at which the accused is informed that criminal proceedings are under way against him. Prosecutors must resist the temptation to use this moment of weakness to undermine the criminal procedural rights of the accused. 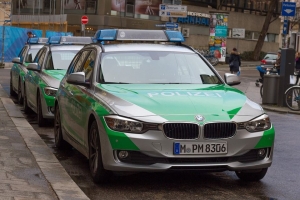 1. What is a search warrant?

A search warrant enables the investigation of a person or an object or space in order to locate objects or persons.

The inspection of a person or a house/apartment represents an intensive encroachment on the fundamental rights of the person concerned. This applies in particular to the raid of private homes. Due to the outstanding importance of the protection of the home (guaranteed by Article 13 of the German Consitution), particularly high legal hurdles must be taken into account here.

2. Legal requirements for a house search

The legal basis for a raid in the context of criminal prosecution are §§ 102 to 110 StPO. Suitable search objects are houses, apartments and rooms, also persons (at least traces on, in and under the clothes; not: body inside!) and EDP systems (data carriers such as USB sticks, hard disks, smartphones, clouds etc.).

Nevertheless, investigators must not use the search to find hints that is only intended to establish a suspicion.

Searching at other persons is only permitted if the accused is to be seized or traces of a criminal offence are to be traced or certain objects confiscated.

A search is only permitted if it fulfils definitively defined purposes: Either it serves to seize an offender or a participant in a crime (seizure search), to find evidence (investigation search), or to confiscate objects of confiscation (confiscation search).

Evidence found as well as items confiscated may be seized or confiscated in accordance with §§ 94 ff. of the German Code of Criminal Procedure (StPO). Separate legal rules apply here.

Due to the intensity of the intervention, the Code of Criminal Procedure lays down strict material and formal requirements. The most important material requirement is the principle of proportionality. If less incisive but equally effective measures are possible, a seach warrant is usually ruled out.

However, the need for protection of the person concerned decreases with the degree of severity of the accused crime.

The most important formal requirement is the judicial search warrant. Searches may only be ordered by the judge, in case of imminent danger also by the public prosecutor’s office and its investigators (§ 152 GVG) (§ 105 Abs. 1 S. 1 StPO).

The search warrant must identify the offence the alleged commission of which gives rise to the search. In addition, the purpose (i.e. seizure, investigation or confiscation search, see above), the target (i.e. the expected finds) and the extent of the search (i.e. which rooms, which locations, etc.) must be specified.

Searches to apprehend a suspect or convict are permitted at any time on their own premises without a special search warrant if a warrant of arrest has been issued against them.

An issued search warrant is valid for about six months. It authorises a one-off search “in one go”, which may be paused briefly but may not be “stretched” to several days.

5. Carrying out the search

The search warrant is usually executed by the public prosecutor’s office or its investigators (cf. § 152 GVG). Usually the public prosecutor’s office and the investigating officials appear early in the morning (around 7:00 h). Particularly strict requirements apply to night-time searches (§ 104 StPO). A night-time search is only possible if the suspect is being pursued in the act, a case of imminent danger or a recapture of an escaped prisoner. In the period from 1 April to 30 September, the night time covers the hours from nine o’clock in the evening to four in the morning and in the period from 1 October to 31 March the hours from nine o’clock in the evening to six o’clock in the morning.

Part 2: Behaviour during the search

The most important rule: Try to contact a criminal lawyer as soon as possible and ask the investigators to wait until he arrives to search you.

You have the right to legal counsel at any time (§ 137 StPO). Although investigators do not have to comply with the request to wait; however, “cooperation” becomes easier if you remain calm and objective and de-escalate the situation. Unlike those concerned, this is a routine measure for the investigators. Waiting for the defender will not be denied to you in most cases. An unemotional atmosphere is also in the interest of the officials.

If you can’t reach your trusted counsel at the time of the search, you can also use the counsel emergency call.

Search measures in a company are a special case. The accused in white-collar criminal proceedings are usually managing directors or executives – and often not even present when the search begins. In most cases of white-collar crimes, the search warrant also mentions several defendants, so that a team of defence lawyers has to be put together at very short notice.

At least as important as the short-term presence of a defence lawyer is the rapid organisation of a lawyer as witness assistance in company searches. The background is that with the first access not only company documents are confiscated, but the investigators also use the chaos of the situation to question employees who are not (yet) officially accused as witnesses. As a lawyer, the witness counsel is responsible for ensuring that these spontaneous hearings take place in a legally correct manner, i.e. in particular that the rights of the persons concerned to information and to refuse to testify are observed.

Rule 1: Don’t let yourself be tempted to make any comments or statements.

Any form of “informal questioning” may seem harmless at first, but is recorded by the investigators and may be used against you later. It is indeed an understandable reflex to defend oneself against the surprising invasion of your private sphere. However, be sure to resist this request. Silence is golden.

Don’t fight back and don’t make things worse unnecessarily. You have to suffer the state intervention. However, they are not obliged to cooperate actively, not even to provide information. In extreme cases, the investigators may enforce the search with coercive measures, i.e. break up the apartment or dig up the garden. A review of the legality of the judicial search warrant is subsequently possible by your defender in the form of a complaint (§ 304 StPO), which the police or public prosecutor’s search measure by an application for a court decision (§ 98 Paragraph 2 Sentence 2 StPO).

Rule 3: Have all orders presented to you and insist on the presence of a witness

Make sure that you are instructed and that the search warrant is presented to you. The document will enable you to see why and for what purpose the search is being carried out. Request a copy of the judicial search warrant.

You have the right to be present at the search and to call in a witness (§ 106 Paragraph 1 Sentence 1 StPO). This is mandatory law.

Officials are obliged to draw up a precise list of the items seized and to provide you with a list of the seizures. This is a mandatory law that is not at the disposal of investigators. Avoid signing this impound report. You don’t have anything to confirm, the investigators do.

“If you don’t sign it will only make it worse, because then you’ll be arrested.”

“It’s better for you not to call a defense lawyer. You’ll upset the court.”

“If you make a confession now, I’ll put in a good word with the prosecutor. I know him very well and I know that this is the only way to avoid arrest.”

Such claims are not only false, but also legally inadmissible.

Unfortunately, it happens again and again that, if no lawyer is present, such tricks are used to exploit the weakness of the accused at the first access.

The accused who follows such “advice” digs his own grave in criminal proceedings – with usually devastating consequences for the further course of the proceedings.

The safest way to defend yourself against such unacceptable attempts at deception is to insist on the presence of a lawyer. The second best way is to ask investigators who make questionable remarks about what they consider to be the best “defense strategy” to record them or at least repeat them in front of independent witnesses.

The “black sheep” among investigators usually quickly become correct again when they face the risk of their methods becoming transparent and legally verifiable.

Rule 5: Oppose the confiscation of evidence

A contradiction does not mean that the found objects will not taken along. However, the contradiction leaves the path to subsequent verification open to you, as the “against your will” removal is referred to as so-called confiscation, against which you can defend yourself in court retrospectively.

“Disagree” does not mean that you should make a loud or violent scene. It is sufficient to expressly and steadfastly insist that you do not agree to the removal of found objects. Make sure thas your contradiction is recorded.

An objection to the bringing along of documents and/or data media is not only advisable with the search of medical practices and/or attorney and tax offices, but legally even imperative,

because the professionals are subject to legal confidentiality. If they were to agree to the transfer of information concerning professional secrecy, they would be liable to prosecution for breaching private secrecy (§ 203 StGB).

You are not obliged to give out passwords for computers or mobile phones. In individual cases it makes sense to do this, to prevent the complete EDP system or hard disk from being taken along. Most of the time, however, you will get them back quickly. Therefore, the same applies here: If in doubt, first tolerate and contradict – and then discuss everything else in peace with the lawyer.

Rule 6: Nothing is eaten as hot as it is cooked

For many accused, who are taken by surprise by a house search, a world collapses. Some people lose faith in the rule of law when they experience the power of the state at first hand – not to mention the fear for their own future.

The good news from a professional perspective is that after a police raid, however, calm usually returns very quickly. Criminal proceedings are like illnesses. They are always torturing and often hit the wrong people. However, most of them will end with professional help at some point.