How do I react correctly during an arrest?

You are here: Home / How do I react correctly during an arrest?

What should I do if I am arrested?

Those who are unexpectedly arrested by police officers usually feel surprised. Hardly anyone is able to keep a “cool head” in this situation.

Irrespective of whether the person concerned is aware of why he is being arrested or whether he feels innocent, the person arrested should always keep as quiet as possible.

Anyone who defends himself “with his hands and feet” against the police officers runs the risk of receiving a complaint of resistance against enforcement officials in accordance with § 113 StGB, personal injury or insult. Especially police officers who tend to “get a little tougher” when there were physical disputes during the arrest, often bring charges of resisting enforcement officers in punishing their own misconduct under official law. If the statement of a police officer stands against the statement of an arrested person, the one who defends himself against police assaults usually takes the short straw. 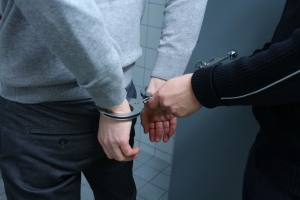 The police can arrest a person either temporarily or on the basis of an arrest warrant.

Preliminary arrest within the meaning of § 127 of the Code of Criminal Procedure may be considered if a person is arrested immediately during or after a criminal offence and there is a suspicion of escape or the identity of the perpetrator cannot be established.

In other cases, the person concerned is found and arrested by the police on the basis of an arrest warrant.

The arrest warrant is issued by the investigating judge at the request of the public prosecutor’s office if the person concerned is urgently suspected of a criminal offence and there is a reason for arrest. Possible reasons for arrest include: flight, risk of escape, danger of collusions, severity of the offence and danger of recurrence.

If there is an urgent suspicion of the offence and a reason for arrest, and if the pre-trial detention is in proportion to the offence committed and to the expected punishment, an arrest warrant is issued. The suspect shall be given a copy of the arrest warrant at the time of arrest or – if this is not possible – shall be informed immediately of the charges against him and the grounds for his arrest.

2. Do I have to talk to the police officers?

The person concerned is well advised to behave cooperatively but at the same time passively. Active resistance to arrest is not advisable. The person arrested is not obliged to provide information on the matter and should make use of his right to refuse to give a statement. Often the person concerned does not know at the time of arrest what exactly he is accused of.

The first uncontrolled statements of the arrested person are often sufficient to substantiate the accusation of the crime. Spontaneous comments that are made in the excitement of the situation are documented in detail, just like any other behavioral abnormality. Errors made in the context of the exceptional situation of arrest cannot usually be corrected later.

Many police officers try to chat with the person concerned in order to get them – mostly unconsciously – to incriminate themselves. Therefore, no person should get involved in small talk during an arrest or a raid of their home.

The police officers first take the detained person to the police station. There, an attempt is made to formally interrogate the person arrested. Here, too, the person concerned should remain firm and continue to make use of his right to refuse to testify.

The “good cop – bad cop” tactic is popular. The person concerned must not allow himself to be wrapped up in such games. The arrested person should not trust promises of the “good policeman” (“If you make a statement now, you can go home faster”). The police officers themselves have no influence on the release; only the investigating judge decides on this. Particularly the policemen have no influence on the later outcome of the proceedings. This is solely in the hands of the public prosecutor’s office and the court.

Statements by police officers that they will put in a “good word” to the prosecutor or judge usually serve only to deceive the accused, with the aim of “leading them up the garden path”.

3. What information do I need to provide?

While the person arrested may invoke his right to refuse to give evidence on the substance, he is obliged – also vis-à-vis the police – to provide personal information. This includes information on name, address, date and place of birth, nationality, marital status and occupation.

4. Do I need a defense lawyer?

In the event of an arrest, the person concerned should insist on his right to immediately consult a defence counsel.

Especially at this early stage of the proceedings, a statement without consultation with the defender is usually a catastrophic mistake.

The defender will first request access to the investigation file and then discuss a suitable defence strategy with you.

If you already know a criminal lawyer, you have the possibility to inform him/her by telephone. In other cases, the police are obliged to help in the selection of a defender. Outside normal office hours, i.e. at night or on weekends, the criminal defence emergency call can be alerted. A relative can also be hired to find a suitable defender. The family member should know at which police station the arrested person is located and ask for the police file number.

In most cases it is possible to inform a family member about the arrest. A relative can get a criminal lawyer for the person concerned.

In addition, relatives may, after consultation with the defence counsel, take care of important matters relating to the detained person in the event of pre-trial detention.

After arrest, the person concerned must be brought before the investigating judge within 24 hours. If the arrest is carried out in the afternoon, the demonstration is in most cases only possible the next day. The affected person must spend the first night in a cell.

At the hearing, the investigating judge decides whether the person arrested is to be remanded in custody or released.