You are here: Home / Fees for a good criminal defence lawyer

How much does a good criminal defence lawyer cost?

The law principally defines how much a lawyer may earn. The lawyers’ compensation act (Rechtsanwaltsvergütungsgesetz (RVG)) determines when which fees can be claimed, and the various activities are stated in the list of fees (Vergütungsverzeichnis (VV). A difference is made between the fees based on the value and those based on the a maximum charge, i.e. those derived from the value of the case and those that lawyer can set within a given limit. These rules and regulations apply in principle to all lawyers, and thus also to criminal defence lawyers. However, most fess in lawsuits are fixed fees from the offset; law thus allows a defence lawyer a certain amount of freedom when setting his fees. 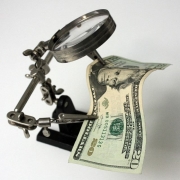 Lawyers are also allowed to conclude fee agreements for their work or – under certain conditions – a success fee. In civil proceedings in particular, the fees agreed upon may usually not lie below the statutory fees defined for the lawsuit. Lawyers should not be forced into competition by means of dumping prices; this would be unworthy of their functions as organs of judicature.

For criminal defence lawyers’ fees, however, there are some specifics. In the case of a client being in custody, there are surcharges to the fees defined by law. The legislator takes into consideration the fact that there is an increased amount of time the defence lawyer needs merely to visit his client for discussions in prison.

It is common practice for criminal defence lawyers to request an advance payment to which every lawyer is entitled as defined by § 9 RVG. By doing so, it can be ensured that the mandate is continued in the accused’s interest if, for example, the client’s accounts are frozen or he is arrested without advance warning.

In more complex and more extensive lawsuits, the regulations of the lawyers’ compensation act hardly play a role in practice. In most of these cases, fee agreements are worked with.

This has various reasons. On the one hand, in business criminal and tax criminal lawsuits, the course is usually set as early as during preliminary proceedings. Usually, the primary objective of defence in such proceedings is to prevent an accusation, and with that a public trial. To this end, thousands of pages from files need to be assessed and extensive written submissions on complicated facts of the case and difficult points of law need to be drawn up. Such a lawsuit can occupy a defence lawyer for days, even though it will never become public. As per the fees of the RVG, merely the fee for the preliminary proceedings accrue – less than five hundred euros. The statutory scale of legal fees does not allow for such cases.

The same applies more than ever in those cases where under certain circumstances they do not even result in the institution of criminal preliminary proceedings in the first place, such as when drawing up a voluntary report on tax evasion. In practice, solely fee agreements are worked with as appropriate fee details that justify the lawyer’s actual responsibility and efforts do not exist.

The amount of the agreed fee is mainly calculated from the defence lawyer’s expenditure of time as well as from the significance of the lawsuit for the client. In the end, the amount can be negotiated from case to case. There are large differences from law firm to law firm, whereby significant price differences result from regional specifics. Large law firms in Munich or Frankfurt usually charge higher fees than law firms in Erfurt or Chemnitz would charge. There are some guidelines that result from various statistics. A survey by the Soldan Institute for Lawyer Management from 2009 demonstrated that the hourly rates of German lawyers lies between € 136 and € 220. With that, individual lawyers are usually cheaper than societies, and specialised lawyers are on average € 20 per hour more expensive than non-specialist lawyers. In the field of Business Criminal Law, large international law firms charge an average of € 220 per hour for an employed lawyer’s work and about € 370 per hour for the involvement of one of the law firm’s joint partners.

In the Nuremberg area, hourly rates of between € 200 and € 270 are common practice for defence work in business and taxation criminal lawsuits. In individual cases, however, this can be significantly deviated from. This would be the case, for example, if a case were extraordinarily extensive and time-consuming and would go beyond the accused’s financial possibilities Some lawsuits are also of “sportive interest” for the lawyer – for example, if it arouses the public interest or a thrilling, constitutional problem needs to be clarified. In such cases, lump sum fess can be arranged, which equally justify the client’s and the lawyer’s interests.