You are here: Home / Do I need to appear as a witness to the police?

If you have witnessed a crime, the investigating authorities are often interested in hearing you testifying to the incident. Sometimes the police interrogate witnesses directly at the crime scene. In other cases, you will receive a letter from the police requesting you to appear at the office to testify. 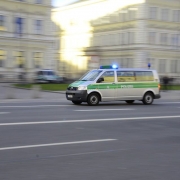 If you are unsure whether you have to appear before the police and testify, you should in any case seek the advice of a lawyer beforehand. People are often called by the police as witnesses who are actually suspected of having something to do with a crime themselves. Correctly, you would then have to be charged and instructed as the accused.

If the police assure you that you are only a witness, not an accused person, this is a cause for suspicion in any doubt!

Because there is no police officer’s kindness behind it. Rather, it is not uncommon for such comments by police officers to conceal unlawful withholding of the accused’s rights. From a legal point of view, such a statement may not be used in violation of instructional regulations. In practice, however, the ban on re-use is usually void, as the formal errors cannot be proven.

If you are summoned by the police with a public prosecutor’s mandate, directly by the public prosecutor’s office or by a court to an examination of witnesses, you are in principle obliged to attend the meeting. Otherwise, a compulsive demonstration is imminent. A fine can also be imposed.

However, anyone who receives a summons in court and intends to make use of a right to testify or refuse to provide information can inform the judge in advance (recommendable way via a lawyer). In practice, such an advance notification usually means that the appointment is cancelled and unloading takes place.

As a witness, you always have to tell the truth. You must not lie or hide anything important. However, if you would incriminate yourself by answering a question truthfully, you can exercise your right to refuse to disclose information, i.e. you can remain silent on this question. For further questions you must nevertheless give truthful information.

There is also a right of refusal to testify for so-called “professional bearer of secrets”, who are obliged to maintain secrecy in respect of the facts that come to their attention as a result of their profession. These include clergymen, criminal defence lawyers, other lawyers, insolvency administrators, financial auditors, doctors, federal or state parliament representatives and employees of radio and press.