Children of drugstore giant Schlecker must be in prison

You are here: Home / Commercial Criminal Law / Children of drugstore giant Schlecker must be in prison

Children of drugstore giant Schlecker must be in prison

The Federal Supreme Court has largely rejected Lars and Meike Schlecker’s appeal as unfounded. The two children of the entrepreneur Anton Schlecker are sentenced to imprisonment. 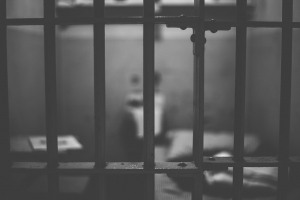 1. Money was set aside shortly before the insolvency

In November 2017, the Stuttgart Regional Court sentenced Lars and Meike Schlecker to prison sentences of two years and nine months and two years and eight months respectively. They were accused of embezzlement in the form of deliberate bankruptcy, deliberate delay in insolvency and aiding and abetting twelve or two bankruptcy crimes committed by their father.

The founder of the drugstore chain Schlecker, Anton Schlecker, is said to have set aside a total of 3.6 million euros shortly before filing for insolvency and to have donated this money to his family. The two children Lars and Meike Schlecker were shareholders in the logistics and service company LDG. Excessively high hourly rates are said to have been paid to this company LDG. In addition, a luxury holiday in the Caribbean is said to have been financed by the father. Finally, in January 2012, shortly before filing for insolvency, 7 million euros are said to have been transferred to LDG. The two shareholders, Lars and Meike Schlecker, paid each half of this amount immediately by lightning transfer. This money would have had to be refunded to the Schlecker insolvency administrator. Thus an over-indebtedness of the company LDG at a value of approximately 6 millions euro was caused. Therefore the two were condemned because of unfaithfulness in fact unit with deliberate bankruptcy.

Anton Schlecker was sentenced by the Regional Court to a suspended sentence of two years and a fine of 54,000.00 euros. Anton Schlecker has not appealed the verdict.

His two children were sentenced to more than two years imprisonment. Both have appealed to the Federal Supreme Court. With the appeal, they complained of several procedural errors. In addition, the two accused the Regional Court of misapplying the law.

For the most part, the appeals were rejected as unfounded. The Federal Supreme Court only reduced one individual custodial sentence in each case and consequently also the total custodial sentence by one or two months. The BGH explained that the Regional Court did not take into account the lack of debtor status of the two Schlecker children in their favour pursuant to § 28 (1) of the Criminal Code. The two Schlecker children have thus been convicted with legal effect. They must serve a prison sentence of two years and seven months.

Tax evasion with goods from China
Scroll to top