You are here: Home / Cessation of criminal investigations

How can criminal investigations be closed?

If, after the investigation has been completed, a prosecutor comes to the conclusion that there is sufficient evidence for a conviction, he files an indictment.

Statistically, however, most preliminary proceedings are concluded outside a public trial. There are various ways of doing this, which are presented below.

The aim of good criminal defence is usually to bring a case to an end at the stage of the preliminary investigation.

The possibilities for defence lawyers to influence the further course of the proceedings during the preliminary investigation are much better than if an indictment has already been filed. 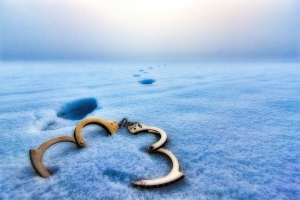 The investigations must provide sufficient grounds for an indictment (§ 170 Abs. 1 StPO). There must be no procedural obstacle to this (e.g. lack of age of criminal responsibility), no suspension for reasons of expediency (see sections 2. and 3.) and sufficient suspicion of the offence (within the meaning of § 203 StPO).

Here, it depends on the public prosecutor’s own assessment whether, according to the factual and legal situation available to the public prosecutor at that time, a conviction of the accused appears predominantly probable. If these conditions are not met, the Public Prosecutor’s Office shall discontinue the proceedings (§ 170 Abs. 2 StPO).

This suspension is possible as a “total suspension” (i.e. any accusation is dropped) or as a partial suspension (i.e. only parts of the accusation are segregated). The setting according to § 170 Abs. 2 StPO, however, does not result in the consumption of criminal proceedings, i.e. the procedure can be resumed at any time. For this reason, this form of suspension offers only limited protection, unless it is a “clear case” of proven innocence (e.g. because another suspect has been identified).

If, on the other hand, the allegations turn out to be unfounded, an attitude in accordance with § 170 Abs. 2 StPO should be aimed at.

2. Termination according to § 153 StPO:  minor fault on the part of the defendants

In contrast to § 170 Abs. 2 StPO, the “bitter pill” lies in the fact that in the case of § 153 StPO the guilt of the accused is at least potentially admitted. However, it weighs so little that no prosecution is required. The scope of application is only applicable in the case of offences (cf. § 12 Abs. 2 StGB – The court has opened a criminal prosecution procedure with a penalty of less than one year) and only if the degree of guilt is far below the average in comparison with other similar offences (this is a very elastic requirement).

It is controversial whether the termination will result in the consumption of the criminal proceedings. However, it is predominantly assumed that prosecution may be repeated at any time.

3. Suspension according to § 153a StPO: Money order or instructions

The possibility that proceedings can be discontinued pursuant to § 153a StPO (Code of Criminal Procedure) now often offers a “way out” of criminal proceedings for reasons of overburdening the judiciary and conserving resources.

See also the more detailed article on the discontinuation of criminal proceedings against the imposition of money charges.

In this way, small and medium-sized crime is to be dealt with in a simplified and accelerated manner. Here the “degree of guilt must not stand in the way “. Thus, far more cases are covered than in the case of cessation pursuant to § 153 StPO, so that also medium property offences, moderate traffic offences, business offences and tax offences can be considered, provided that the damage is not too high. In contrast to § 153 Abs. 1 StPO, the defendant must consent to the suspension, since he voluntarily submits to conditions and instructions in the event of suspension pursuant to § 153a StPO.

From the legislative intention these conditions and instructions should not have a punitive character. The following may be considered

The suspension takes place in two stages: First of all, a provisional suspension takes place by order of a condition or instruction from the above catalogue. If this is fulfilled, the suspension becomes final (§ 153a Abs. 2 Satz 5 StPO), so that the offence cannot be prosecuted further as an offence. Nevertheless, the action may be prosecuted again as a crime (§ 12 Abs. 1 StGB).  If the accused does not comply with the condition or instruction, the public action shall be brought.

The conditions must not be disproportionate and must not violate human dignity. For example, the Nuremberg-Fürth Regional Court decided in 2015 that a general ban on the use of social networks is not permissible. Although this decision concerned probation conditions, it also applies mutatis mutandis to conditions in the context of a suspension pursuant to § 153a StPO.

The penalty order procedure is frequently used for so-called “minor offences”, but also in cases of moderate crime. Criminal tax proceedings are particularly frequently concluded with criminal orders (cf. also criminal order) The penalty order is not a form of cessation. Nevertheless, the burden of a public trial is also avoided with the penalty order, so that under certain circumstances it can represent a sensible option of “shortening the procedure”. In contrast to § 153a StPO, the penalty order does not impose an obligation or instruction, but rather imposes a genuine criminal penalty.

5. Conclusion: Closure of the investigation procedure is mostly associated with disadvantages

The current Code of Criminal Procedure is based on the principle that an innocent person either does not come into the focus of investigations at all, or is acquitted at the latest during the main trial. However, due to the hypertrophy of the investigation procedure and the associated “policialisation” of the investigations, this reference to the functioning of the “system” is cynical from the point of view of many defendants.

In view of the stigmatising effects of criminal proceedings, it cannot be seriously demanded that it be allowed to reach a trial. Nevertheless, all possible attitudes have specific flaws: Either one is not immune from renewed persecution, must admit a guilt – even if small – or voluntarily submit to an obligation or instruction.